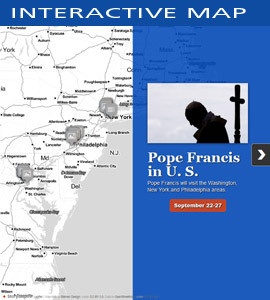 Hundreds of Thousands saw Pope Francis when he visited the US in September, 2015. Here are the some of the ways those who did not get to see him in person "virtually" participated in the events.