A series of webinars focused on “Adolescent Catechesis”. Click on the "Webinar" link to view each webinar video. For more webinars on other topics, click on a category link in the right column.

Reaching Adolescents with the Good News: A Relational Approach to Discipleship

How does the Church effectively connect, engage, and proclaim the Good News of our Catholic faith with teens today in a manner that moves them toward discipleship? This presentation will discuss some important principles and strategies to assist parish leaders in apprenticing young people into serving as agents of evangelization. 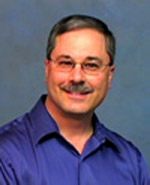 He has been engaged in adolescent catechesis and youth ministry for over 25 years, authoring more than fifteen books and numerous articles. His experience extends from volunteer roles and staff positions at the parish, diocesan and national levels. He is a frequent speaker and trainer throughout the U.S. Michael is the Director of Membership Services for the National Federation for Catholic Youth Ministry (NFCYM) in Washington DC and is extensively involved in both the Partnership for Adolescent Catechesis, and the Strong Catholic Families: Strong Catholic Youth national initiatives. Michael resides with his family in Rochester, NY.

Using Technology to reach out for Evangelization

The new digital culture offers the Church a vast panorama of opportunities to reach, connect and inspire people to come to know Jesus. This digital culture is already woven into the fabric of a new civilization that is transforming how people think and what they think about today. We have a golden opportunity to innovatively bring the beauty of faith into concert with searching hearts and minds of the 21st century. This session explores creative opportunities and possibilities for parish and diocesan ministry. 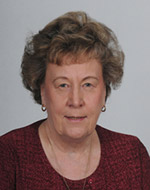 Sister is a member of the Mission Helpers of the Sacred Heart (Towson, MD). Zukowski has been involved with distance education for over 40 years. She began with Cable TV in 1971 and continued to advance into radio, satellite communication, multimedia, computer technologies and now the Internet and ISDN conferencing and courses. Her current work in this area is the new Virtual Learning Community for Faith Formation online courses in English and Spanish. She has served as visiting professor and Board Member at Crec Avex (Lyon, France). She is co-director of the Caribbean School of Catholic Communications (Trinidad / Tobago, West Indies). She served as the past World President for the International Catholic Association for Radio and Television known as UNDA from 1994-2002 and in 1998 and 2001 Chairperson for the Unda/OCIC Planning Committees for the World Congresses in Prague (1994) (Czech Republic), Montreal (1998- Canada) and Rome (2001- Rome,Italy). She was a member of the Pontifical Council for Social Communications (Vatican) 1994-2002.

She is the Director of the Institute for Pastoral Initiatives (1978- present) and Professor in the Department of Religious Studies of the University of Dayton (a Catholic / Marianist University). Awards include the Lackner Award, recognition by NCEA as one of the influential Catholic Educators in the 20th century, the President's Medallion for Lifetime Achievement in Communications awarded by the National Catholic Association of Communicators,the NCCL Technology Award for her lifetime contribution for the advancement of new communication technology and catechesis. She has also received the Pro Ecclesia et Pontifice Medal from Pope John Paul II in Rome, the Distinguished Communicators Award from the Salesian Guild, the Honorary Prize of Julian Kulenty from the National Catholic Film Association Conference. She has published several books including her most recent publication (2007) Communicatio Socialis: The Challenge of Theology and Ministry in the Church published by Kassel University (Germany).

She gives workshops, seminars and lectures around the world. She serves as an international consultant on transformational leadership, dialogue distance online learning, organizational strategic planning to Church, education and non-profit organizations, as well as, media education with special emphasis on religion and film. Currently she is a working with the Federation of Asian Bishops Conference for Social Communications exploring new avenues for the use of the Internet for ministry serving as a consultant to FABC-BISCOM. Currently Zukowski is engaged in research and the design of prototypes for interactive e- learning for Catholic education, adult faith, lay ecclesial leadership and catechist formation. Her current research is to identify the Best Practices for Applying Educational Technology in Catholic education.

The moral life is fundamentally the human person's response moved by attraction to beatitude as revealed in Christ. This presentation considers the renewal of moral theology as called for by the Second Vatican Council. The believer is sustained through the grace of Jesus Christ to live the life of virtue in such a way that the Beatitudes are the lived expression of faith. Attention is given to the manner in which the Holy Spirit prepares the believer to undergo the struggle and temptation which confronts the Christian in his or her attempt to follow the summons of Christ. 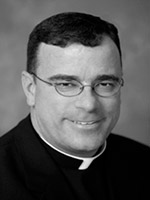 Adolescent Catechesis: The Pain and the Promise

The territory has changed and we need a new map! Perhaps the most challenging aspect of catechetical ministry is fostering the faith maturing process in young people. This workshop will explore the current situation - and the preferred reality of adolescent catechesis, identify basic principles, and describe practical approaches. This session will also propose critical dimensions of a new catechetical map. 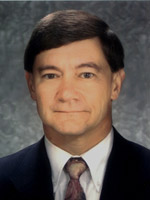 Bob McCarty is the Executive Director for the National Federation for Catholic Youth Ministry, which provides networking, resources, and leadership for the development of youth ministry within the Catholic Church. He has been in professional youth ministry since 1973, serving in diocesan, parish, school, and community programs. Bob offers workshops and training programs in ministry skills and issues internationally. His recent books are Thriving in Youth Ministry and The Vision of Catholic Youth Ministry: Fundamentals, Theory and Practicethrough Saint Mary's Press and his newest book is Be A Champion for Youth: Standing With, By and For Young People, co-authored with his wife, Maggie.

Bob is also a volunteer in his parish youth ministry and catechetical program at St. Francis of Assisi Parish in Fulton, MD. Bob has an MA in Religious Education from LaSalle University and a D.Min. from the Graduate Theological Foundation in Indiana. His hobbies include rock climbing, cycling, and now, grandparenting!