A series of webinars focused on “Strong Catechesis”. Click on the "Webinar" link to view each webinar video. For more webinars on other topics, click on a category link in the right column. 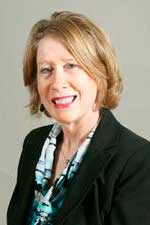 In Novo Millennio Ineunte, Pope John Paul II asserted that over the years the teachings of the Second Vatican Council have lost nothing of their brilliance, and provide a "sure compass" for the Church in this new millennium. For this "compass" to guide us, it is essential that pastors and all informed Catholics are aware of and understand accurately the key teachings of this Council of the 20th century. 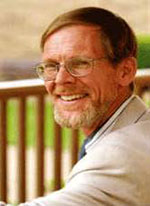 Dr. Schreck has been on the faculty of Franciscan University of Steubenville since 1978, and has been a full professor since 1987. Since 1980 he has taught a graduate course on the teachings of Vatican II and has written Vatican II: The Crisis and the Promise  (Franciscan Media, 2005). Among his 13 other books are The Compact History of the Catholic Church, his classic apologetic work  Catholic and Christian: An Explanation of Commonly Misunderstood Catholic Beliefs, and The Legacy of Pope John Paul II.

Dr. Schreck and his wife Nancy have five grown children and three grandchildren, and belong to Triumph of the Cross parish in Steubenville, OH.

Evangelizing Catechesis and the Call to Nurture Discipleship

The personal identity of being a disciple will be explored and its implications both individually and institutionally. Evangelizing as an adjective is more appropriate than a noun. We will explore a systemic approach to ministry with the essential mission of the Church as a focus. 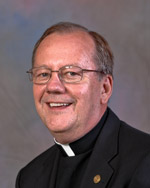 Personal Prayer in the Catholic Tradition

This one-hour presentation will explore, first of all, the fundamental meaning of personal prayer as a "space" in which we turn to God first of all to receive what God wants passionately to offer us: the divine life and love. Deeper than any particular requests we may bring to God, authentic prayer yearns for deeper communion with God the Father through Jesus Christ in the power of the Holy Spirit. Next, Lectio Divina will provide a rich framework within which to consider the different kinds of personal prayer. Finally, suggestions will be offered about how to grow as a person who lives according to the invitation to "pray without ceasing" (1 Thes 5:17). 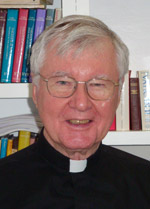 Fr. Brian McDermott, S.J. is a Catholic priest and a member of the Jesuits, the Society of Jesus. He is currently the Rector (religious superior) of the Jesuit Community of Loyola University Maryland, and Affiliate Associate Professor in the Departments of Theology and Pastoral Counseling. He received his doctorate in systematic theology from the University of Nijmegen, The Netherlands, in 1973. From 1973 to 2000, he was a member of the faculty of Weston Jesuit School of Theology in Cambridge, MA, one of the two national Jesuit theological centers sponsored by the Society of Jesus for the training of Jesuits, other religious and lay persons for ministry in the Church. While at WJST, he taught systematic theology, Ignatian spirituality, and authority and leadership. For eight years (1991-1999) he was academic dean at the school. Fr. McDermott is the author of two books, What Are They Saying About the Grace of Christ? (Paulist Press) and Word Become Flesh: Dimensions of Christology (Liturgical Press) and numerous articles and book reviews. He has produced two audio CD series for Now You Know Media, Inc: "Who Is Jesus?: An Introduction to Christology" and "The Spiritual Exercises of St. Ignatius Loyola." A third series on the dynamics of God's grace is in production. He has been a spiritual director, helping people with their prayer lives, for thirty-seven years. Since 1996 he has been the director of tertians for the Maryland and New York provinces of the Society of Jesus. In that capacity he has accompanied fellow Jesuits as they made, for the second time, the full Spiritual Exercises of St. Ignatius Loyola, prior to being fully incorporated into the Society of Jesus.

Diocesan Catechetical Leaders in Offices of Catholic Education and Catechesis face many challenges in service to the Church's mission of evangelization. To help them address these challenges, this session will propose priorities and practical strategies for administrative leadership based on key ecclesial documents. 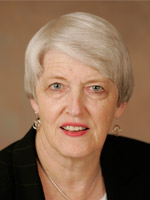 Marie A. Powell became the Executive Director of the Office of Catholic Education at the U.S. Conference of Catholic Bishops on July 1, 2007. In the reorganized USCCB structure, this office provides support to the bishops of the United States in the areas of elementary, secondary and higher education. Prior to this appointment, she served for five years as Assistant Secretary for Parental Advocacy in the USCCB Department of Education. In this position she worked primarily with Catholic school parent groups and administrators on legislative issues that affect students, parents, and educators involved with Catholic schools.

Mrs. Powell's past experience with Catholic schools includes the roles of parent, teacher, administrator and board member. She served on the Commission on Christian Education in the Diocese of Richmond and chaired the Diocesan School Board in the Diocese of Arlington. Also in the Arlington Diocese, she was Assistant Superintendent of Schools for Government and Community Relations for four years and, subsequently, Superintendent of Schools for nine years. She has taught in both Catholic elementary and secondary schools and served for six years as Academic Dean of a large diocesan high school with many programs for students with special needs. She is the author of "Catholic High Schools: Can Inclusion Work Without Significant Publicly-Funded Resources?" published in the September 2004 issue of "Catholic Education: a Journal of Inquiry and Practice." 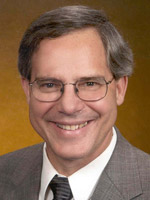 Michael Steier currently serves as Associate Director of the Secretariat of Evangelization and Catechesis, United States Conference of Catholic Bishops. He has served at the USCCB since December 2003. Prior to that, he served from 1975-1995 as Parish Director of Religious Education in 4 mid-western parishes, and then as Diocesan Director of Religious Education (1995-2000) and as Secretary for Evangelization and Catechetical Formation (2000-2003) in Camden, NJ. From 1998-2003, Michael developed and coordinated the Camden Diocesan Lay Ministry Formation Program which was offered in collaboration with Immaculate Conception Seminary School of Theology, Seton Hall University. He taught for three years in that program as well.

From 1996-2002, Dr. Steier served as Chariman of the Diocesan Directors of Religious Education/Catechesis (Province of Newark) and concurrently as Province Representative on the Representative Council, National Conference for Catechetical Leadership (NCCL). Since 2003, he has served as staff to the Bishops Committee on Catechesis. He also serves as an ex officio member on the NCCL Board of Directors.

Dr. Steier's academic background includes graduate studies at the Angelicum, Rome, Italy, a Master of Arts in Theology degree and a Master of Divinity degree from St. John Provincial Seminary, Plymouth, Michigan, and a Doctor of Ministry degree from St. Mary's Seminary and University, Baltimore, MD.