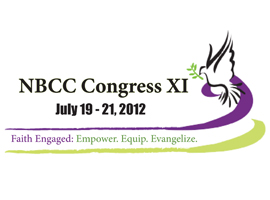 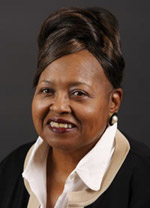 Beverly A. Carroll receives the Servant of Christ Award-Lifetime Achievement Honors at the NBCC

Internationally, Carroll had led several US delegations to South Africa, Peru, and Brazil. Prior to joining the USCCB, Carroll spent 20 years in the Archdiocese of Baltimore, Office of Urban Affairs, an inner city program which served over 64 parishes and schools, and provided staff assistance to the Lawrence Cardinal Sheehan Scholarship Fund.

In 1988 she received the prestigious Dr. Martin Luther King Award for Civil Rights from the Archdiocese of Baltimore; and in 2008, the Excellence in Leadership Award from the National Association of Black Catholic Administrators.

The 2011 National Black Catholic Survey (NBCS) is the first national survey of its kind to assess the level of religious engagement of African American Catholics. Visit the  for more information. A new survey shows U.S. black Catholics have a greater level of ‘engagement’ in parishes than white Catholics.

Among the 2011 medallion recipients were Dr. Beverly A. Carroll, assistant director of the Secretariat of Cultural Diversity in the Church for the U.S. Conference of Catholic Bishops. Dr. Carroll told CNY, "It really is a privilege to have your work recognized, especially following in the footsteps of the Venerable Pierre Toussaint, who was a great leader in the African-American community."