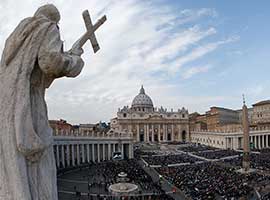 In this section of our website, you can find information on our current Pope, Francis, and his immediate predecessors, Pope Benedict XVI and Pope John Paul II.