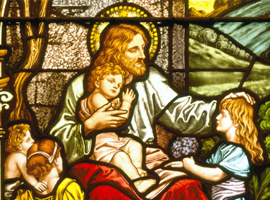 Evangelicals and Catholics, two of the largest religious communities in the United States, are important voices in the public square. While we acknowledge important differences between our two communions, there should be no doubt that shared familial and societal concerns, such as criminal justice reform, environmental issues, marriage, religious liberty, family and life issues, help bring us together on both the local and national levels.

Past examples of collaboration include the 1994 document “Evangelicals and Catholics Toward a Common Mission” that helped forge a new relationship and new opportunities for dialogue, and the 2013 statement “A Christian Call for Immigration Reform” signed by more than 100 leaders of both communities, as well as the gathering at the Poverty Summit at Georgetown University in 2015.

A formal dialogue between the USCCB and the Evangelical Community met from 2003-2008. While the dialogue has concluded, the USCCB continues to sponsor a yearly meeting of Catholic and Evangelical scholars that studies theological questions and ways both communities can cooperate together for the good of our local communities.

Link to our collaborative partner: The National Association of Evangelicals