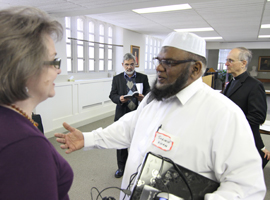 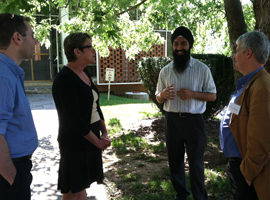 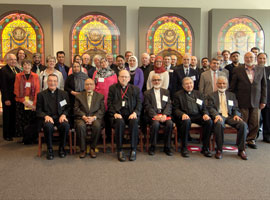 Links to Other Documents and News Releases

Dialogue with Muslims, Statement of the Committee for Ecumenical and Interreligious Affairs 2014

Understanding Islam: A Guide for Catholic Educators, Document of the 2013 Mid-Atlantic Catholic-Muslim Dialogue

An Introduction: The Islamic Tradition, by John L. Esposito

Catholic-Muslim Relations in the United States, by John Borelli, Ph.D.

What Dialogue Means for Catholics and Muslims, by Archbishop Alexander J. Brunett

How an Islamic Leader Views Dialogue, by Muzammil Siddiqi

How Mary Holds Christians and Muslims in Conversation, by Cardinal William Keeler

The Pillars of Islamic Faith: What We Should Know and Why, by David B. Burrell

What Catholics Should Know About Islam, by Sandra Toenies Keating, Ph.D.

Papal Quotes on Dialogue with Islam

Midwest Dialogue of Catholics and Muslims

Mid-Atlantic Dialogue of Catholics and Muslims

The Pontifical Council for Interreligious Dialogue has issued a message for the end of Ramadan, Towards a Genuine Fraternity between Christians and Muslims. The message can be read here.

In June, Catholic and Sikh representatives met to discuss the Urgency of Compassion in their respective traditions. The results of that meeting can be read here.

After their annual meeting in February, Christian Churches Together (CCT) authored a press release  denouncing of mass incarceration. Archbishop Wenski recently asked the Senate to support the Smarter Sentencing Act. See the report on Smarter Sentencing.