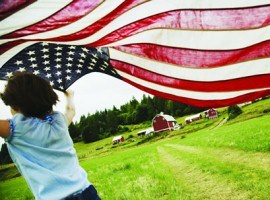 Later that year, Catholic Charities in San Francisco faced a similar untenable choice and was forced to end its adoption services as well.

In Washington, DC, Catholic Charities of the Archdiocese of Washington — which has provided support to children and families for over eighty years — had a partnership with the District of Columbia for its foster care and public adoption program.  However, in 2010, a law redefining legal marriage to include two people of the same sex took effect.  The District then informed Catholic Charities that it would no longer be an eligible foster care and adoption partner.  Why?  Because, as a Catholic organization, Catholic Charities was committed to placing children with married couples so that each child would have the experience of a mom and a dad.

In 2011, Catholic Charities affiliates in Illinois closed down instead of complying with a new requirement that they could no longer receive state money if they refused to place children with persons in same-sex relationships as foster or adoptive parents.  "In the name of tolerance, we're not being tolerated," said Bishop Thomas J. Paprocki of the Diocese of Springfield, Illinois.

Legislation called the Child Welfare Provider Inclusion Act of 2017 (S. 811 / H.R. 1881) has recently been introduced in both Houses of Congress to try to remedy this problem and ensure that no adoption agencies are excluded from serving the most vulnerable children in our society.

Is our most cherished freedom truly under threat?
Among many current challenges, several state governments have sought to trample on the conscience rights of Catholic charitable service providers.  Religious liberty is more than freedom of worship; it includes our ability to make our contribution to the common good of all Americans without having to compromise our faith.  Without religious liberty properly understood, all Americans suffer, including the neediest children seeking adoptive and foster families, as well as birth parents who wish to turn to faith-based providers in order to place their children with adoptive parents.