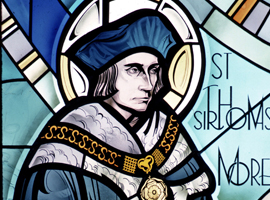 God's Servant First: Freedom of the Church and the Equality Act

The House of Representatives is preparing to pass legislation that, were it to be signed into law, would initiate a severe conflict between the federal government and the Church.

The “Equality Act” (H.R. 5/S. 788) would add the new terms “sexual orientation” and “gender identity” to the definition of “sex” in federal civil rights laws.  Part of the push for the Act is driven by a real sense of compassion for people who have been victims of unjust discrimination.  But the Act threatens the freedom of the Church to engage in her mission.  The Act explicitly carves out the Religious Freedom Restoration Act (RFRA) of 1993, which would be the first time RFRA has ever been carved out of federal law.  Many Catholic institutions would not survive the Equality Act.

Supporters of the Equality Act are likely to respond, “In most states, you can still get fired for being gay,” or, “You can be denied medical care for who you are.”  One would expect that if these types of incidents were widespread, there would be an abundance of stories, across a broad range of institutions, about people who experience same-sex attraction losing jobs, housing, and care because of their sexuality.

However, many places where “you are fired for being gay” are Catholic schools that expect their teachers and counselors to uphold Catholic teaching about sexual morality in their conduct and public life.  The places where you are “denied medical care for who you are” are Catholic hospitals that serve everyone but do not provide certain procedures nor assent to the absolutist claims of gender ideology, which, as Pope Francis warns “denies the difference and reciprocity in nature of a man and a woman and envisages a society without sexual differences, thereby eliminating the anthropological basis of the family” (Amoris laetitia, 56).

Some Equality Act supporters say that the bishops’ opposition is driven by fear.  Yet there is no denying that the Act would force Catholic hospitals, schools, and charitable services, like adoption and foster care, to choose between abandoning Catholic teaching about marriage and sexuality or shutting down.  In fact, these institutions are already under attack, even without the Equality Act.  It is simply dishonest and inaccurate to suggest that Church ministries will not be severely curtailed by the Act.  Better for the Act’s promoters to admit that they support using government coercion to try to force the Church’s hand.

The Equality Act jeopardizes institutions by which the Church carries out her mission in the world to bring the good news of Jesus Christ and to care for the “least of these” in society.  It is a threat to the freedom of the Church.  Join the bishops in calling on lawmakers to oppose it.