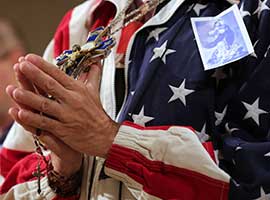 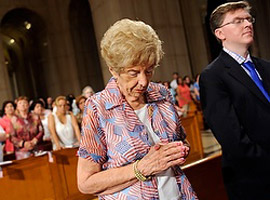 We are writing to state our strong opposition to the misnamed "Protect Women's Health From Corporate Interference Act of 2014" (S. 2578). Though cast as a response to the Supreme Court's narrow decision in Burwell v. Hobby Lobby, the bill ranges far beyond that decision, potentially attacking all existing federal protections of conscience and religious freedom regarding health coverage mandates.

As a broad, interfaith coalition of religious leaders recently explained: "Congress has never passed legislation with the specific purpose of reducing Americans' religious freedom. It should not consider doing so now." That is especially true of this bill, which:

In short, the bill does not befit a nation committed to religious liberty. Indeed, if it were to pass, it would call that commitment into question. Nor does it show a genuine commitment to expanded health coverage, as it would pressure many Americans of faith to stop providing or purchasing health coverage altogether. We oppose the bill and urge you to reject it.

Cast as a response to the Supreme Court's narrow decision in Burwell v. Hobby Lobby, S. 2578 actually ranges far beyond that decision, potentially attacking all federal laws protecting conscience rights. Its passage would mark the first time in history that Congress has acted specifically to reduce Americans' religious freedom. Learn more from the S.2578 Backgrounder - July 15, 2014