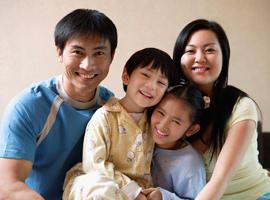 The Catholic Church teaches: "Marriage and the family are institutions that must be promoted and defended from every possible misrepresentation of their true nature, since whatever is injurious to them is injurious to society itself" (Sacramentum caritatis, 29). As the following examples illustrate, redefining or weakening marriage in civil law harms religious liberty.

Idaho – In 2014, two Protestant ministers (a husband and a wife) who operate a wedding chapel in Coeur d'Alene said they would not officiate at a same-sex "wedding." City officials informed the ministers that their refusal to officiate violated the city's ordinance outlawing discrimination in public accommodations on the basis of "sexual orientation." The city eventually declined to prosecute the ministers.

New Mexico – The owners of a photography studio would not photograph a same-sex "commitment ceremony" because they did not want to participate in a ritual that contradicts their beliefs. In 2013, the New Mexico Supreme Court denied the owners' appeal, affirming the lower court opinion that the studio violated the state Human Rights Act.

Washington – A florist who declined to provide flowers for a same-sex "wedding" was sued by the state Attorney General. In February 2017, the Washington Supreme Court ruled against the florist and found that she had violated the state's anti-discrimination laws, even though she had served this particular customer (whom she knew was in a same-sex relationship) for almost ten years before declining to participate in this particular event.

Colorado – Two men "married" in Massachusetts requested a Denver bakery make a "wedding" cake for their wedding reception in Denver. For religious reasons, the owner of the bakery declined to make the cake. The two men filed a complaint with the Colorado Division of Civil Rights, which found that the bakery violated the law. Then the Attorney General's office filed a complaint against the bakery, resulting in further court rulings against the bakery. The baker has appealed to the U.S. Supreme Court.

Vermont – For allegedly not hosting a "wedding" reception for a same-sex "couple," Catholic owners of a bed and breakfast settled a discrimination lawsuit, requiring them to (1) pay a $10,000 civil penalty, (2) pay $20,000 to a charitable trust, and (3) not host wedding receptions of any kind. Upon settling the lawsuit, the owners of the bed and breakfast said, "But no one can force us to abandon our deeply held beliefs about marriage."

New Jersey – The New Jersey Division on Civil Rights found that a Methodist organization violated a public accommodations law by not allowing a same-sex civil union ceremony at its boardwalk pavilion.