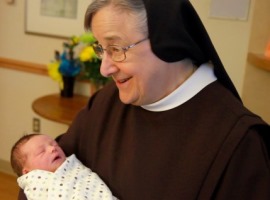 Archbishop Lori: The Little Sisters of the Poor should win their court case
Crux, March 11, 2016

Will the Owners of Hobby Lobby Have to Check Their Faith at the Door?
March 25, 2014, OnFaith