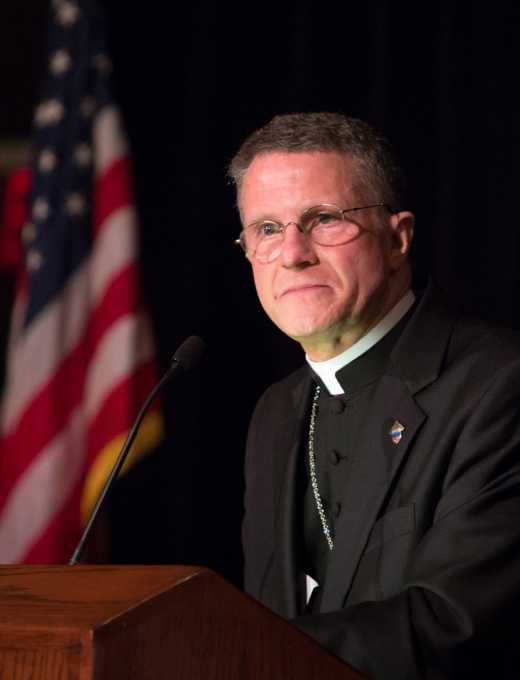 Archbishop Broglio was elected USCCB Secretary on November 12, 2019, to fill the vacancy left when Archbishop Vigneron was elected vice president. His term will expire at the conclusion of the November 2021 USCCB General Assembly. His past roles with the Conference include serving as Chairman of the Committee on International Justice and Peace, Chairman of the Canonical Affairs and Church Governance Committee and as a member of the Task Force for the 2013 Special Assembly and the Committees on Canon Law and Church Governance, Religious Freedom, and International Justice and Peace, and the Subcommittees for the Defense of Marriage and Health Care.

Archbishop Broglio was ordained to the priesthood for the diocese of Cleveland in May 1977. He served as Secretary of the Apostolic Nunciature in Abidjan, Ivory Coast (1983-1987) and of the Apostolic Nunciature in Asuncion, Paraguay (1987-1990). From 1990 to 2001 Archbishop Broglio served as Chief of Cabinet to Angelo Cardinal Sodano, Secretary of State to Saint Pope John Paul II and desk officer for Central America.

Archbishop Broglio is a Trustee and the Chancellor of Catholic Distance University, a member of the Board of Directors of the National Catholic Bioethics Center, and Chairman of the Communications Committee for the Basilica of the National Shrine of the Immaculate Conception.