The Dignity of Work and the Rights of Workers 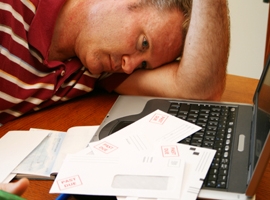 The economy must serve people, not the other way around. Work is more than a way to  make a living; it is a form of continuing participation in God’s creation. If  the dignity of work is to be protected, then the basic rights of workers must  be respected--the right to productive work, to decent and fair wages, to the  organization and joining of unions, to private property, and to economic  initiative.

Work should be the setting for this rich personal growth, where many aspects of life enter into play: creativity, planning for the future, developing our talents, living out our values, relating to others, giving glory to God. It follows that, in the reality of today's global society, it is essential that "we continue to prioritize the goal of access to steady employment for everyone," no matter the limited interests of business and dubious economic reasoning. We were created with a vocation to work. The goal should not be that technological progress increasingly replace human work, for this would be detrimental to humanity. Work is a necessity, part of the meaning of life on this earth, a path to growth, human development and personal fulfillment. Helping the poor financially must always be a provisional solution in the face of pressing needs. The broader objective should always be to allow them a dignified life through work. (Pope Francis, On Care for Our Common Home [Laudato Si'], nos. 127-28)

Growth in justice requires more than economic growth, while presupposing such growth: it requires decisions, programs, mechanisms and processes specifically geared to a better distribution of income, the creation of sources of employment and an integral promotion of the poor which goes beyond a simple welfare mentality. I am far from proposing an irresponsible populism, but the economy can no longer turn to remedies that are a new poison, such as attempting to increase profits by reducing the work force and thereby adding to the ranks of the excluded." (Pope Francis, The Joy of the Gospel [Evangelii Gaudium], no. 204)

I would like to remind everyone,  especially governments engaged in boosting the world's economic and social  assets, that the primary capital to be safeguarded and valued is man, the  human person in his or her integrity: "Man is the source, the focus and the  aim of all economic and social life." (Pope Benedict XVI, Charity  in Truth [Caritas in Veritate], no. 25, quoting Second Vatican Council, The Church in the Modern World [Gaudium et Spes], no. 63)

The economic sphere is neither  ethically neutral, or inherently inhuman or opposed to society. It is part and  parcel of human activity and precisely because it is human, it must be  structured and governed in an ethical manner. (Pope Benedict XVI, Charity  in Truth [Caritas in Veritate], no. 36)

In many cases, poverty results from a violation  of the dignity of human work, either because work opportunities are limited  (through unemployment or underemployment), or "because a low value is put on  work and the rights that flow from it, especially the right to a just wage and  to the personal security of the worker and his or her family."  (Pope Benedict XVI, Charity  in Truth [Caritas in Veritate], no. 63)

The  obligation to earn one's bread by the sweat of one's brow also presumes the  right to do so. A society in which this right is systematically denied, in  which economic policies do not allow workers to reach satisfactory levels of  employment, cannot be justified from an ethical point of view, nor can that  society attain social peace. (St. John Paul II, The Hundredth Year [Centesimus  Annus], no. 43)

All people have the right to  economic initiative, to productive work, to just wages and benefits, to decent  working conditions, as well as to organize and join unions or other  associations. (United States Conference of Catholic Bishops, A Catholic Framework for Economic Life, no. 5)

Work is, as has been said, an obligation, that is  to say, a duty, on the part of man. . . Man must work, both because the  Creator has commanded it and because of his own humanity, which requires work  in order to be maintained and developed. Man must work out of regard for  others, especially his own family, but also for the society he belongs to, the  country of which he is a child, and the whole human family of which he is a  member, since he is the heir to the work of generations and at the same time a  sharer in building the future of those who will come after him in the  succession of history. (St. John Paul II, On Human Work [Laborem Exercens], no. 16)

Work  is a good thing for man-a good thing for his humanity-because through work man not  only transforms nature, adapting it to his own needs, but he also achieves fulfillment as a human being and indeed, in a sense, becomes "more a  human being.” (St. John Paul II, On Human Work [Laborem Exercens], no. 9)

All these rights, together with the need for the workers  themselves to secure them, give rise to yet another right: the right of  association, that is to form associations for the purpose of defending the  vital interests of those employed in the various professions. These  associations are called labor or trade unions. (St. John Paul II, On Human Work [Laborem Exercens], no. 20)

As the Church solemnly reaffirmed in the  recent Council, "the beginning, the subject and the goal of all social  institutions is and must be the human person."   All people have the  right to work, to a chance to develop their qualities and their personalities in  the exercise of their professions, to equitable remuneration which will enable  them and their families "to lead a worthy life on the material, social,  cultural and spiritual level" and to assistance in case of need arising from sickness or age. (Blessed Paul VI, A Call to Action [Octogesima Adveniens], no. 14)