In celebration of the World Day of Prayer for Vocations on Good Shepherd Sunday, the 4th Sunday of Easter, the Secretariat of Clergy, Consecrated Life and Vocations is pleased to offer the results of the  Ordination Class of 2021 Study , taken of deacons preparing to be ordained to the priesthood this year.

Meet the Ordination Class of 2021 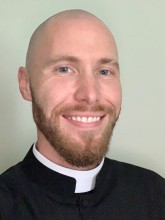 "My study of Sacred Art and my years of involvement in the ancient rituals of the Extraordinary Form of the Mass for the last twenty years was essential in my mature development as a man of faith and my vocation to the priesthood." 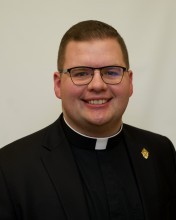 "I had a dream of being on Saturday Night Live while I was in high school."

"I am an organist, and enjoy composing and conducting choral music especially for use within the Liturgy. Music has a way of healing wounds and uniting hearts as God enfleshes himself in the hearer's life in a unique way."

"I had never prayed the Rosary before entering the seminary/formation program. While I had an understanding of faith and God, my spiritual life developed primarily after entering formation. The seminary is a perfect place for any young man CONSIDERING a vocation to come, even if just for a time, as the whole experience makes one a better Christian." 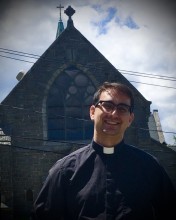 "Priesthood was never really on my radar, despite seemingly random people suggesting that I consider a vocation. It was only in retrospect that I saw the Holy Spirit working through all these people that I knew God had a plan for me to serve these same people as a priest." 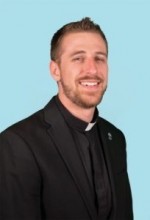 "I love backcountry skiing and mountaineering, just like Achille Ratti."

"I enjoy the same things most young men enjoy. I like playing basketball, playing the guitar, and making artwork."

"My vocation was born out of having experienced the visceral and unconditional love of God when I needed it most in my life. It is only by the grace of God that I'm alive today, and am now a Capuchin brother whose future priesthood is to share this love of God with all of Creation!" 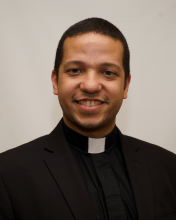 "I very much enjoy hanging out with friends, hiking, traveling, food, and lots of conversations."

"I was just a normal practicing Catholic man, with a mediocre prayer life, normal friends (not all Catholics), I had a typical College experience, worked different jobs, served in the military, and the Lord was still able to call me to be a priest. I was not perfect, but that was not the requirement."

"I was a "walk-in" one day coming into the office of my home parish. I returned to the Church that day and never thought in a million years it would lead to becoming a disciple than a priest. Don't underestimate a "walk-in." 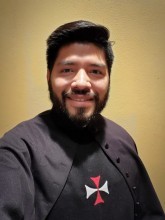 "I am working on a certificate in Spiritual Direction and, I love to interpret and reflect upon God's love and presence in my interpersonal encounters."

Ordinariate of the Chair of St. Peter

"I was significantly influenced by my encounters with Judaism as a Protestant, which (along with my ministry as an Anglican) prepared me to embrace the Catholic Church and discern ordination to the priesthood." 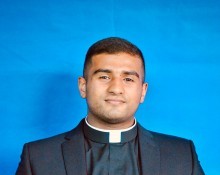 "I was born in India, grew up in England and now, being ordained for the Diocese of Columbus in America. Ultimately God is in control of our lives, and the sooner we realize it, the less we will struggle with our lives. Nevertheless, we do have the responsibility to faithful to him each day - this never changes - our call to holiness."

"I first considered the priesthood at an early age, but was strongly encouraged to do so after witnessing the strong, very real faith of one of my Religious Education Catechists in eighth grade. After contacting the diocese years late, they encouraged me to visit the seminary and to enter right after high school." 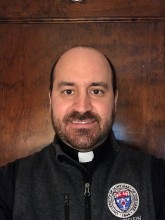 "Witnessing Last Rites being given to my grandparents at their deathbed helped to spark my vocation." 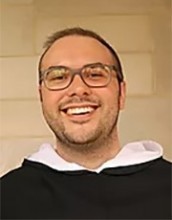 Order of St. Dominic, Province of St. Albert the Great

"I wanted to become a priest and professor because I had excellent, holy men who knew the faith and lived it. I wanted to be like them." 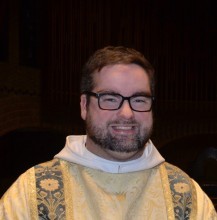 "I am well versed in technology. Both in its utilization and in teaching others how to use it. I taught computer science & theology to high school students before entering religious life." 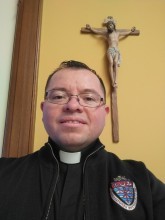 "One of the most important aspects of discerning a vocation to the priesthood was my personal encounter with the Person of Jesus Christ in a spiritual retreat through the Catholic Charismatic Renewal at my parish. This Encounter with Jesus changed my life and from that moment a desire to follow Him in a deeper way began." 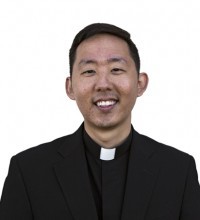 "I love to play basketball, go hiking, and watch movies." 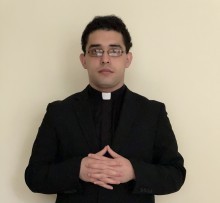 "I have been thinking about becoming a priest ever since I was eight years old. This fascination with the priesthood came from observing the heroic work of priests in my hometown and the importance my family placed on the Mass." 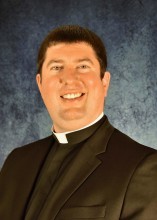 "I have a library card and use it frequently!"

"I certainly did not enter seminary expecting to become a priest. Though I certainly heard the call to go to seminary, I thought I would go for a couple years and then move on with my life. The Lord had other plans and I'm thankful for the gift of the priesthood!" 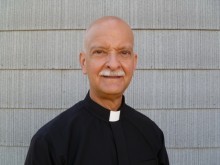 "I answered God's call to ordained ministry so late in life, but the Lord made it clear to me that no one gets to retire from their call to Christian service."

"Some of my hobbies include running, biking, and baking." 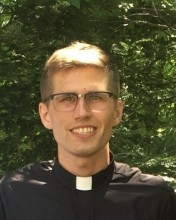 "I am a talented runner. My greatest running achievement was winning my age group in the Cleveland Half-Marathon in March 2015, the same year I entered Seminary."