Ecumenism, from the Greek word “oikoumene,” meaning “the whole inhabited world,” is the promotion of cooperation and unity among Christians. Jesus Christ founded one Church and, in the midst of his Passion, prayed, “That they may all be one.” (John 17:21) In fidelity to that, the Catholic Church takes part in an ecumenical movement seeking visible unity among the diversity of Christian Churches and ecclesial communities. 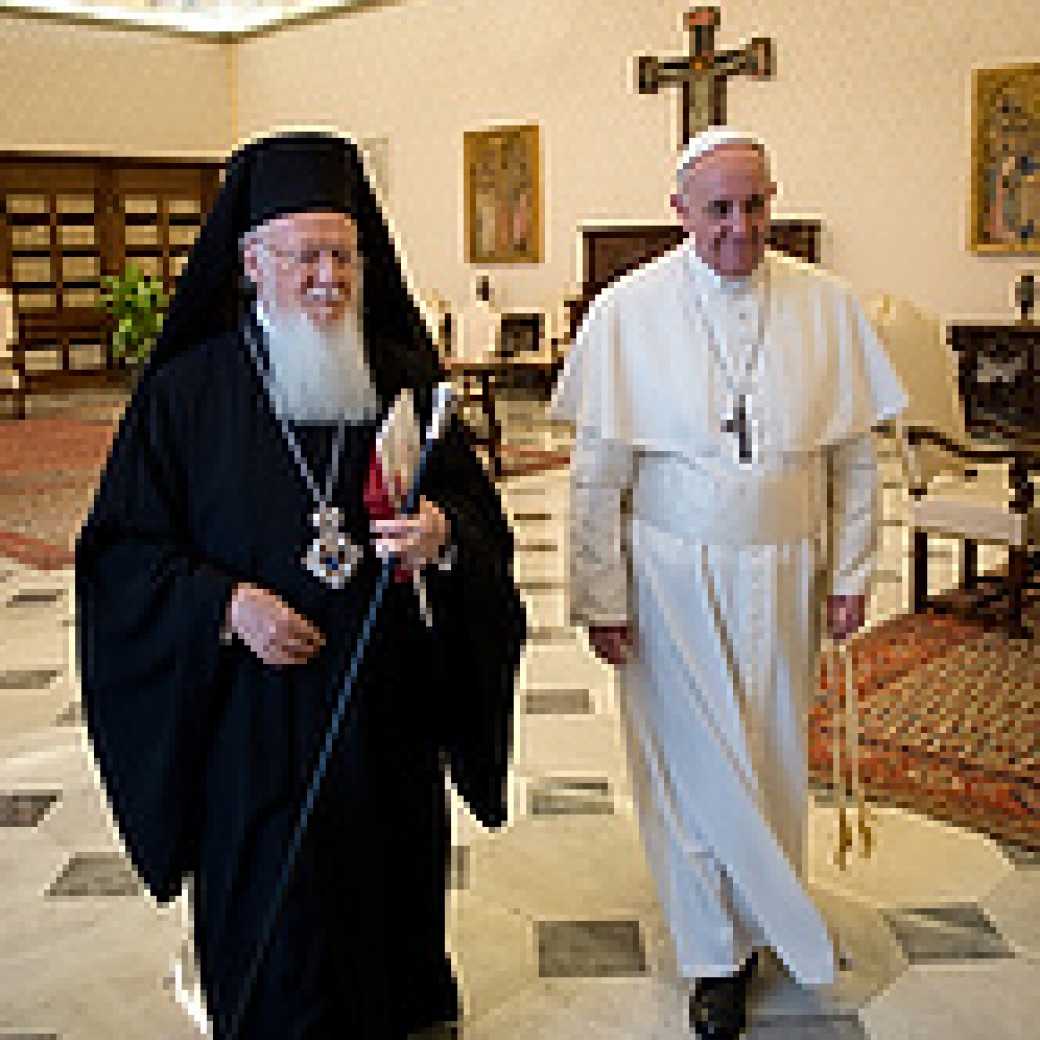 “Some and even very many of the significant elements and endowments which together go to build up and give life to the Church itself, can exist outside the visible boundaries of the Catholic Church.”
- Unitatis Redintegratio, 3

A divided Christianity is a scandal to the world and the movement of the Holy Spirit calls for the restoration of unity. Underlying the Catholic Church’s pursuit of ecumenism is the recognition that despite the separation, elements of the Church can exist outside the visible boundaries of the Catholic Church. Thus, it can even be said that the Church’s pursuit of ecumenism is another way of expressing her radical catholicity or universality.

These elements are the imperfect realization of unity that already exists in Jesus Christ as part of the one Church of Christ. The unity of Christians is understood as the manifestation of their communion with God the Father through Jesus Christ in the Holy Spirit. Ecumenical dialogue, the search for full, visible unity is thus essential to the Christian life.

The Catholic Church’s ecumenical movement began with the Second Vatican Council. In 1960, Pope John XXIII established the Secretariat for Promoting Christian Unity under Augustin Cardinal Bea as a preparatory commission. It played a large role in drafting the Decree on Ecumenism, Unitatis Redintegratio, which was promulgated in 1964 and remains a foundational document guiding the Church's ecumenical efforts.

Now called the Dicastery for Promoting Christian Unity, it maintains over a dozen international dialogues, including most major Orthodox and Protestant Churches and communions. Since joining the ecumenical movement, breakthrough agreements have been reached between Catholics and other communions including statements on Baptism, Eucharist, Ministry, and Justification. They also published the pastoral Directory for the Application of Principles and Norms on Ecumenism in 1993.

Directory for the Application of Principles and Norms on Ecumenism

The Bishop and Christian Unity: An Ecumenical Vademecum

In the midst of the Second Vatican Council, the American bishops founded the Commission for Ecumenical Affairs, as it was originally called. It quickly moved to establish bilateral dialogues with other Christian Churches and ecclesial communities. Today, the USCCB’s Committee on Ecumenical and Interreligious Affairs maintains more than a dozen ongoing ecumenical dialogues and consultations. These relationships have created major developments in understanding, such as the innovative document The Filioque: A Church-Dividing Issue? produced by the North American Orthodox-Catholic Theological Consultation in 2003.