In today’s increasingly globalized world, as the vast human society finds itself everyday more intimately connected across the geographical, cultural, and religious boundaries, one cannot underestimate the impact of the Church’s interreligious undertaking. As Pope Francis said, “It is neither a culture of confrontation nor a culture of conflict which builds harmony within and between peoples, but rather a culture of encounter and a culture of dialogue; this is the only way to peace” (September 1, 2013, Angelus message). In a world filled with conflict and tension, the call to dialogue is essential to heal division and misunderstanding. 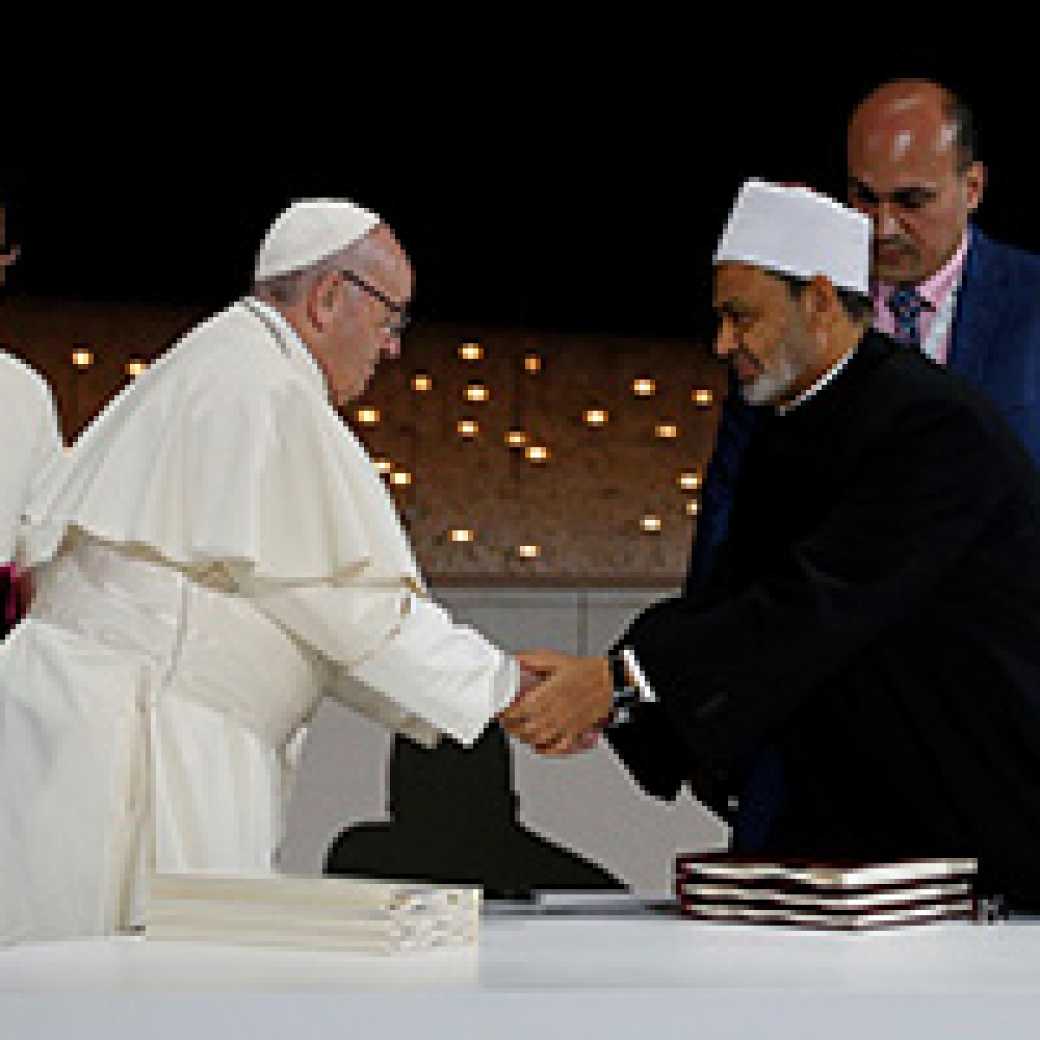 “[The Church] looks with sincere respect upon those ways of conduct and of life, those rules and teachings which, though differing in many particulars from what she holds and sets forth, nevertheless often reflect a ray of that Truth which enlightens all men."
- Nostra Aetate, 2

The Church holds all that is good in esteem, even understanding those elements of other religious traditions to be reflections of rays of Truth. Based on this and the recognition of the unity of God’s creation, Catholics are encouraged in dialogue and collaboration with members of other religions. The world’s estimated 1.5 billion Catholics face the challenges of modernity alongside neighbors of every creed. It is our hope and our goal to foster bonds of friendship, mutual understanding, and constructive collaboration among the world’s religions in the genuine service of humanity.

The Catholic Church’s relationship with the peoples and the communities of other religious traditions was sharply impacted by the Second Vatican Council’s 1965 Declaration on the Relation of the Church to Non-Christian Religions, Nostra Aetate.

Dialogue in Truth and Charity

The Document on Human Fraternity

In a spirit of obedience to the Council, the National Conference of Catholic Bishops expanded its ecumenical work to include interreligious dialogue in 1966. Since then, dialogues and consultations have been established with members of different religions, including Islam, Buddhism, Hinduism, Jainism, and Sikhism, as well as membership in multilateral groups, such as Religions for Peace-USA and Shoulder to Shoulder.