The Church’s relationship to the Jewish people is unique. During his historic visit to the Great Synagogue of Rome, Pope Saint John Paul II said, “The Jewish religion is not ‘extrinsic’ to us, but in a certain way is ‘intrinsic’ to our own religion. With Judaism, therefore, we have a relationship which we do not have with any other religion. You are our dearly beloved brothers, and in a certain way, it could be said that you are our elder brothers” (April 14, 1986, Speech at the Great Synagogue). The Church’s dialogue with the Jewish community is built upon this respect and gratitude: the recognition its historical and theological indebtedness to Judaism and the Jewish people. 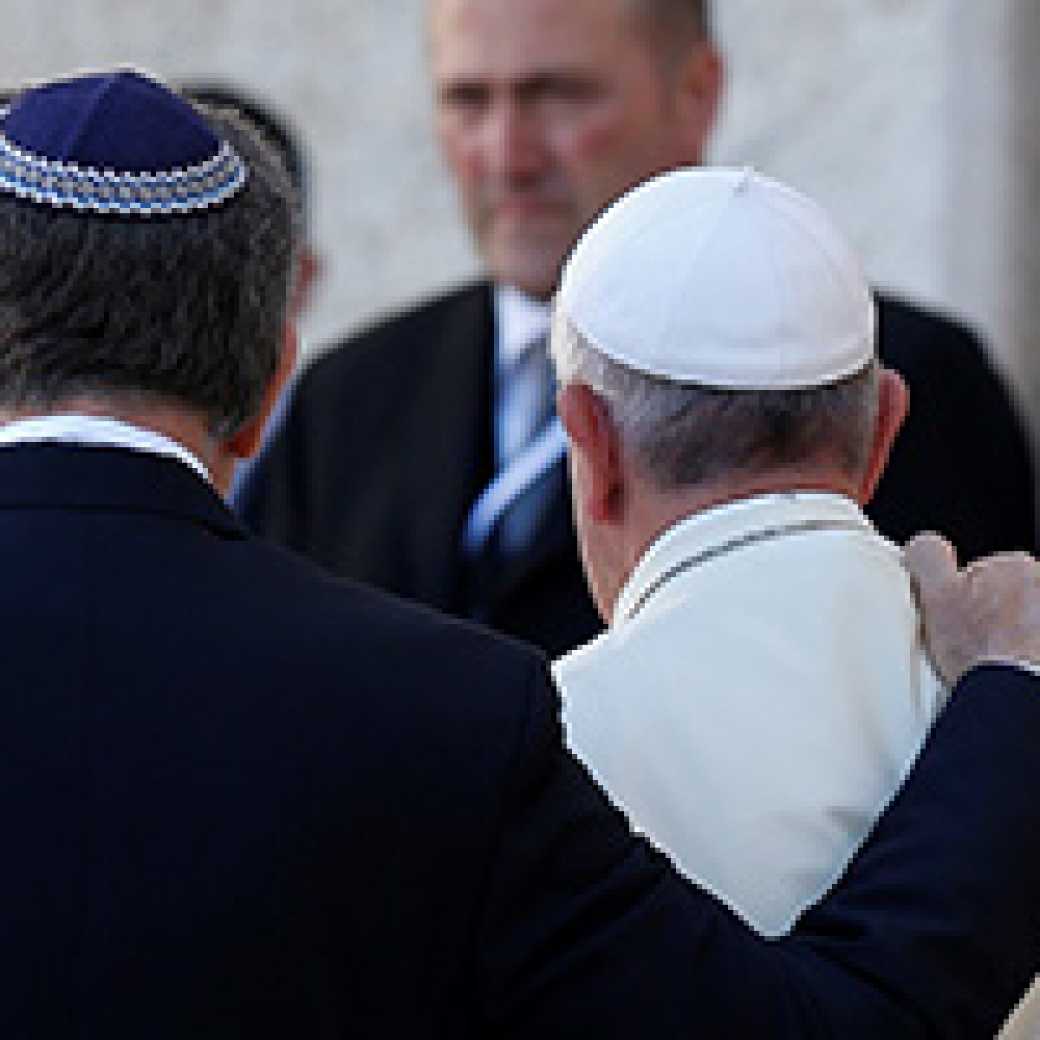 “As the sacred synod searches into the mystery of the Church, it remembers the bond that spiritually ties the people of the New Covenant to Abraham's stock.[…] Nor can she forget that she draws sustenance from the root of that well-cultivated olive tree onto which have been grafted the wild shoots, the Gentiles.”
- Nostra Aetate, 4

The Church's unique relationship with the Jewish people is grounded in a shared heritage, making it unlike any other dialogue with another religious tradition. It cannot be forgotten that Jesus himself, as well as the earliest apostles, were Jewish. The Second Vatican Council relied on the Apostle Paul's imagery to describe the familial bond: “Nor can she forget that she draws sustenance from the root of that well-cultivated olive tree onto which have been grafted the wild shoots, the Gentiles” (Nostra Aetate, 4).

The Church recognizes that God's covenant with the Jewish people continues to be valid. Recently, the Commission for Religious Relations with the Jews has even stated, “That the Jews are participants in God’s salvation is theologically unquestionable, but how that can be possible without confessing Christ explicitly, is and remains an unfathomable divine mystery” (“The Gifts and the Calling of God are Irrevocable”, 36).

The pivotal moment in Jewish-Catholic relations came in 1965, with the promulgation of the Second Vatican Council’s Declaration on Relations with Non-Christians, Nostra Aetate. The heart of this document centered on the relationship of the Church with the Jewish people, laying the foundation for a renewed understanding of their shared heritage. Importantly, the document explicitly condemns all forms of antisemitism and refutes the charge of deicide.

In the decades since, the Catholic Church has continued to foster its relationship with the Jewish people. The Holy See’s Commission for Religious Relations with the Jews has published several documents, both practical and theological. The strength of the relationship has even allowed the Church to examine the past treatment of Jews by Christians and thus heal those wounds in its 1998 document We Remember: A Reflection on the Shoah. The deep conversion that has taken place since the Second Vatican Council is evident in their 2015 theological reflection “The Gifts and the Calling of God Are Irrevocable”.

Holy See’s Commission for Religious Relations with the Jews

Guidelines and Suggestions for Implementing the Conciliar Declaration Nostra Aetate

We Remember: A Reflection on the Shoah

“The Gifts and the Calling of God Are Irrevocable”

The BCEIA issued its first document on Jewish relations, Guidelines for Catholic-Jewish Relations, in 1967, to be revised in 1985. Over the years they have continued to address issues of concern, with documents such as Criteria for the Evaluation of Dramatizations of the Passion, God’s Mercy Endures Forever: Guidelines on the Presentation of Jews and Judaism in Catholic Preaching, and Catholic Teaching on the Shoah: Implementing the Holy See’s “We Remember".