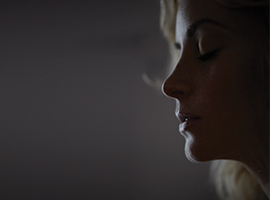 Posted 2/27/07 at 9:00 AM
In a recent New York Times Magazine cover story, author Emily Bazelon asks, "Is There a Post-Abortion Syndrome?"

In a recent New York Times Magazine cover story, author Emily Bazelon asks, "Is There a Post-Abortion Syndrome?" Amazingly, she concludes that "scientific evidence" shows no risk of depression, drug abuse or any other psychological problem after abortion any greater than women experience after birth or from having an unwanted pregnancy.

To arrive at such a sanguine view of abortion, one would have to be oblivious to reams of scientific evidence, including large-scale, peer-reviewed, records-based studies in prestigious journals of psychology and medicine by researchers in the United States, Canada, Sweden, Finland, New Zealand and Russia. But, hey, what do they know? They don't write for The New York Times.

One would also have to ignore hundreds of thousands of heart-breaking personal stories and messages on the Internet, such as those posted on AfterAbortion.com (a politically neutral website). And one would have to ignore the scores of sites offering resources, testimonies and referral lines for post-abortion healing, such as NOPARH.org (The National Office for Post-Abortion Reconciliation and Healing) and HopeAfterAbortion.org (a site maintained by the U.S. Conference of Catholic Bishops). Both support the work of Project Rachel, the Church's post-abortion healing ministry, and its 165 offices around the country.

In light of all that, one wonders how a journalist could build a plausible case for a happy-go-lucky view of abortion.

This author relies on a false spin perpetuated by abortion groups. The claim: In a letter from Surgeon General C. Everett Koop to President Ronald Reagan, Koop denied any psychological harm from abortion. The author also relies on a Congressional Report prepared by staff of Rep. Henry Waxman, D-Calif., in which pregnancy help centers are lambasted for spreading false information about abortion, such as an increased suicide risk in its aftermath. Additionally, Bazelon puts faith in two professors, both abortion supporters, whose articles are rife with error.

Permit me, once again, to correct the record on the Koop letter. I keep a copy of it on file, ready at hand when this claim is repeated. Koop's Jan. 9, 1989 letter to President Reagan explained why a report could not be issued on psychological harm following abortion, because the "available scientific evidence" did not support any conclusion. The earliest studies were "flawed methodologically," Koop explained.

Studies finding psychological harm were often based on small samples of women (100 or fewer) who sought counseling after abortion. This sample was not representative of all women who aborted a child. Larger studies attempting to show "relief" typically measured reactions within hours or days of the abortion, when a predominant feeling is relief that the crisis has passed. However, the authors of these studies did not clarify that, even then, relief was accompanied by many reactions, including very negative feelings of loss, despair, anger, sadness and depression.

Many large studies were also flawed in that 50% or more of study participants dropped out before the study's conclusion. Koop called for a large, government-funded, five-year, prospective study to accurately assess psychological and physical harm from abortion according to the best scientific standards.

The "Waxman Report" accuses pregnancy help centers of lying about the abortion aftermath, singling out a person at one center who cautioned: "The suicide rate in the year after an abortion 'goes up by seven times.'" Waxman and Bazelon count this "proof" that pro-lifers are making up the problem of post-abortion trauma.

Actually, in a well-known Finnish study, Mika Gissler et al. analyzed medical records of 1,347 women of reproductive age who committed suicide between 1987 and 1994. They discovered the suicide rate in the 12 months following birth was a low 5.9 per 100,000 women, while the suicide rate in the 12 months following an abortion was 34.7 per 100,000 women — a rate nearly six times higher. If crisis pregnancy centers can be faulted for exaggerating post-abortion suicide by one percentage point, what should we make of those who deny any increased suicide risk at all?

In 2006, a team of researchers from New Zealand led by David Fergusson, Ph.D. (a self-described pro-choice atheist) published extensive findings on the mental health effects of abortion among a group of about 600 girls, born the same year, which the New Zealand government had tracked for 25 years following their births.

The team analyzed periodic mental health assessments, expecting to find no correlation between abortion and depression, anxiety, suicidal ideation, and drug and alcohol abuse. Instead, they found that abortion increased the risk of every harmful effect studied. For example, 78% of girls who had abortions between the ages of 15-18 had major depression, compared to 35% who had been pregnant but did not abort, and 31% of those who had not been pregnant.

Several U.S. researchers, including David Reardon, Ph.D., and Priscilla Coleman, Ph.D., analyzed the Medi-Cal database maintained by the California Department of Health Services. Two studies looked at mental health claims of women receiving medical assistance from California in the first 90 days after an abortion (14,000 women) or the first 90 days after giving birth (40,000 women).

None of the women had psychiatric claims in the year prior to the pregnancy resolution. Women in the "abortion" group had significantly higher in-patient and out-patient mental health claims than women in the "birth" group, both in the first 90 days and throughout the four-year study period.

Instead of all these studies, the author relies on research articles by Brenda Major and Nancy Russo, that attempt to demonstrate no significant mental health problems after abortion-articles so flawed as to be useless.

The comparison that has predictive value is one that looks at the incidence of depression after abortion compared to its incidence after childbirth, a comparison that has been drawn in many of the record-based studies cited earlier. In addition, she has published sanguine "findings" despite study drop-out rates of 50% and higher, although research shows that those most negatively affected by their abortion experience are likely to be "concealers" and study "drop-outs."

Russo's research using the National Longitudinal Survey of Youth (NLSY) database is virtually worthless because only 13.6% of women surveyed reported having had an abortion. The Guttmacher Institute, the research arm of Planned Parenthood, has estimated that (based on abortion incidence in the relevant age groups) 60% of women in the NLSY database who had abortions were concealing one or more abortions from interviewers.

What's more, Russo derives her rosy outcome for women who've aborted a child by looking at answers to a "self-esteem" survey, as if low self-esteem were synonymous with anxiety or depression.

There's really no excuse for The New York Times to perpetuate a myth that abortion is a happy, empowering event, and deny the reality that millions of women (and men) have experienced and dozens of research studies now document.

If you or a loved one is grieving the loss of a child to abortion, you're not alone. And you need not suffer alone. Click the link "Where to Find Help" on hopeafterabortion.org and discover the depth of Christ's merciful love.


Susan E. Wills is associate director for education at the pro-life office of the U.S. Conference of Catholic Bishops.