Novena for the Legal Protection of Human Life: August 3, 2018 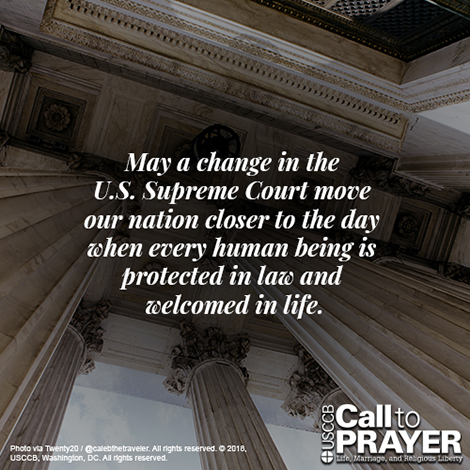 Roe and Doe legalized abortion through all nine months of pregnancy. 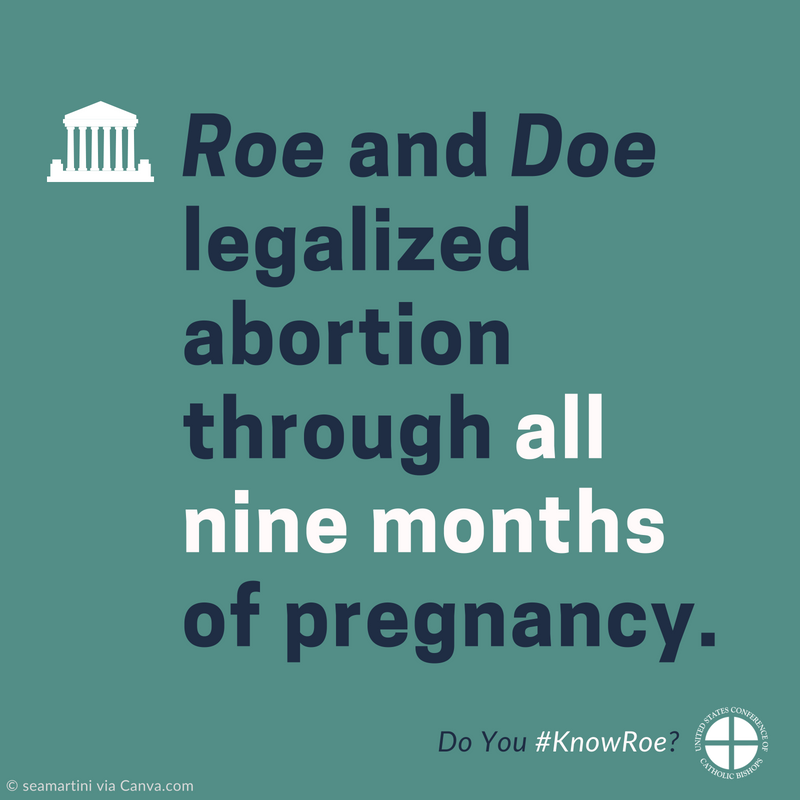 Many people don't realize that Roe v. Wade legalized abortion through all nine months of pregnancy. Roe says abortions may not be restricted at all during the first three months and in the second three months may be regulated only for the mother's health.1  After "viability"2  Roe allows abortion to be prohibited but must make an exception for the woman's life or health.3

1 In the first trimester, "the abortion decision ... must be left to the medical judgment of the pregnant woman's attending physician."  In the second trimester, the State may "regulate the abortion procedure in ways that are reasonably related to maternal health."  Roe v. Wade, 410 U.S. 113, 164 (1973).

3 After viability, the State may "proscribe" abortion "except where it is necessary, in appropriate medical judgment, for the preservation of the life or health of the mother." Roe, 410 U.S., at 164-65.

5 In Planned Parenthood v. Casey, the Court abandoned the trimester framework but reaffirmed the legality of abortion "subsequent to viability" for the "preservation of the ... health of the mother." 505 U.S. 833, 879 (1992).

6  The Supreme Court, however, has yet to be confronted with a challenge to a post-viability ban that will test Doe's breadth. Indeed, 20 states currently ban late-term abortions subject to a narrow exception for the mother's life or physical health (not for emotional, psychological, familial, or age-related reasons). Most of these laws have gone unchallenged, but they are hard to enforce even if they are constitutionally permissible.