WASHINGTON—Pope Francis has named Father Steven Biegler asbishop of Cheyenne, Wyoming. FatherBiegler is a priest of the Diocese of Rapid City and currently serves as VicarGeneral and pastor of the Cathedral of Our Lady of Perpetual Help.

The appointment was publicized in Washington, March 16,by Archbishop Christophe Pierre, apostolic nuncio to the United States.

Steven Biegler was born March 22, 1959 and is a native ofTimber Lake, South Dakota. He attendedthe School of Mines and Technology in Rapid City before earning a bachelor of artsdegree from Immaculate Heart of Mary Seminary in Winona, Minnesota. He also holds a bachelors of sacred theologydegree (S.T.B.) from the Pontifical Gregorian University in Rome and a licentiate of sacred theology (S.T. L., Scripture) fromthe Pontifical University of St. Thomas Aquinas, also in Rome.

Steven Biegler has also served on the Diocese of RapidCity Spiritual Life Committee, 2007-2010 and most recently on the College ofConsultors, 2009-present, as well as various other committees.

The Diocese of Cheyenne comprises 97,548 square miles inthe state of Wyoming.  It has a totalpopulation of 584,153 people, of which 55,336, or approximately 9.5 percent,are Catholic. 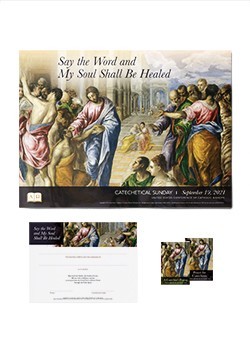