Evangelization is the 'oxygen' of Christian life, pope says

Pope Francis started a new series of talks on evangelization and "apostolic zeal" at his weekly general audience; he began by focusing on the importance of witness and the effectiveness of attracting people to the faith by the way one lives. 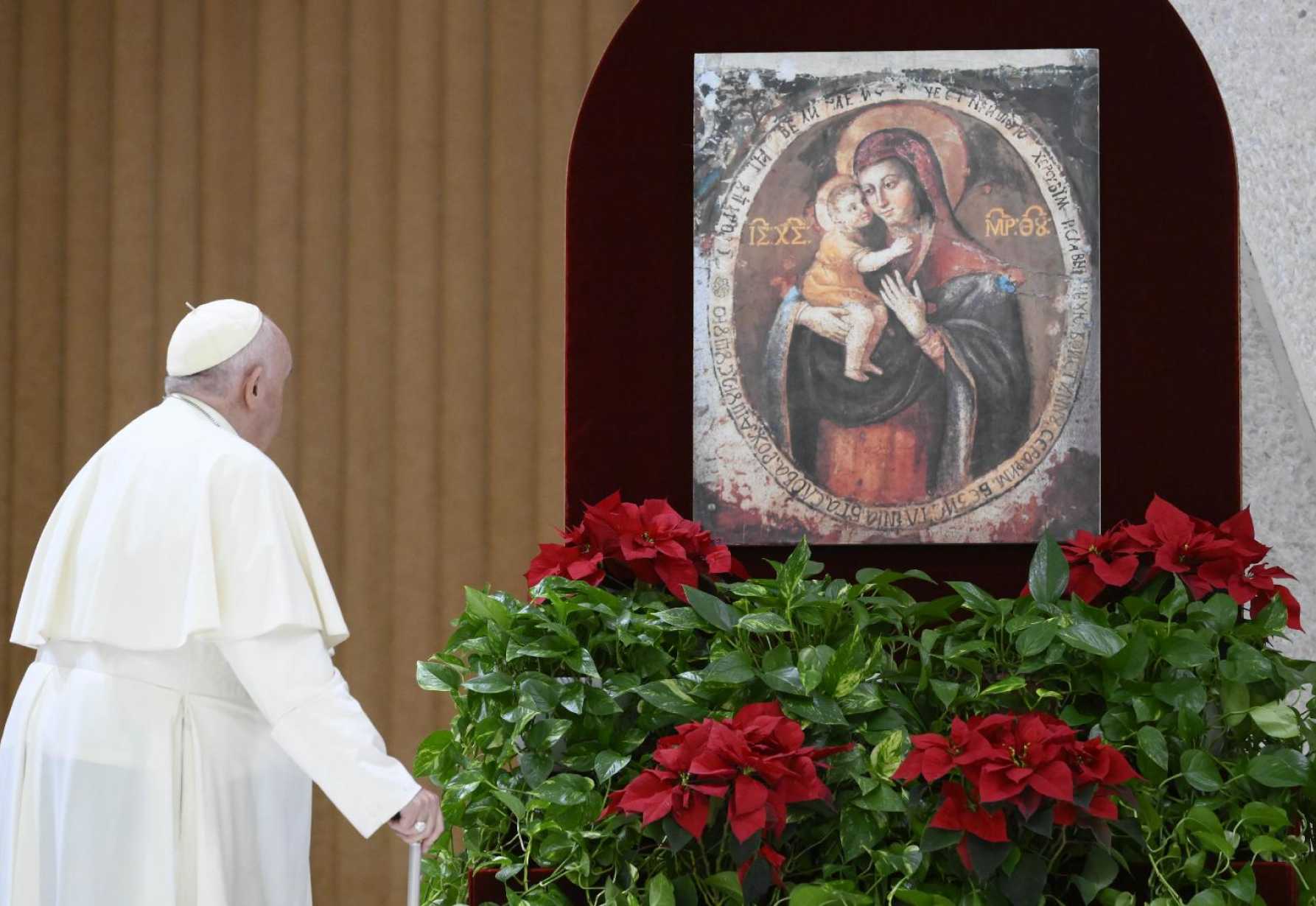 Pope Francis prays in front of a Marian icon from Belarus during his general audience in the Paul VI hall at the Vatican Jan. 11, 2023. (CNS photo/Vatican Media)

Beginning a new series of catechesis focused on evangelization and apostolic zeal, the pope said that when Christian life loses its aim of proclaiming the Gospel, it becomes "self-referential" and "atrophied."

The pope specified, however, that "to be a missionary, to be apostolic, to evangelize, is not the same thing as proselytizing," or actively seeking to convert someone.

Quoting the late Pope Benedict XVI, who died Dec. 31, Pope Francis said that "the church does not proselytize, but rather she grows by 'attraction'" to the beauty of God's love.

Evangelization "does not begin by seeking to convince others, but by bearing witness each day to the love that has watched over us and lifted us back up," he said.

"Communicate this beauty to convince people," Pope Francis said. "We are the ones who announce the Lord, we do not announce ourselves, nor a political party or an ideology. Put people in contact with Jesus without convincing them. Let the Lord convince them."

The pope mentioned his predecessor again while greeting German pilgrims, some wearing traditional Bavarian outfits at the audience. He said that Pope Benedict taught Christians "to look with faith at Jesus Christ, the savior."

Pope Francis also shared a story about a group of Korean women religious who came to Buenos Aires, Argentina, to run a hospital. Although the women did not speak Spanish, the hospital patients were pleased with them because their gaze "communicated Jesus."

"This is attraction, which is the opposite of proselytism," the pope said.

Pointing to the Gospel episode in which Jesus calls Matthew to follow him even though Matthew is a widely disliked tax collector, the pope said that Christians must look beyond people's labels.

"Jesus does not stop at adjectives, he always looks for the substance," he said, encouraging people to think about how they look at others. "So often we label people for what they do or think."

"Christians are called to do like Christ," reaching out especially to those who seem far off, the pope said.

And, he said, it is "fundamental" for Christians to go out and seek others rather than waiting for people to somehow find them.

Pope Francis ended the audience by inviting those present to pray with him in silence for peace in Belarus; he had placed on stage a Marian icon he said was venerated in the country. 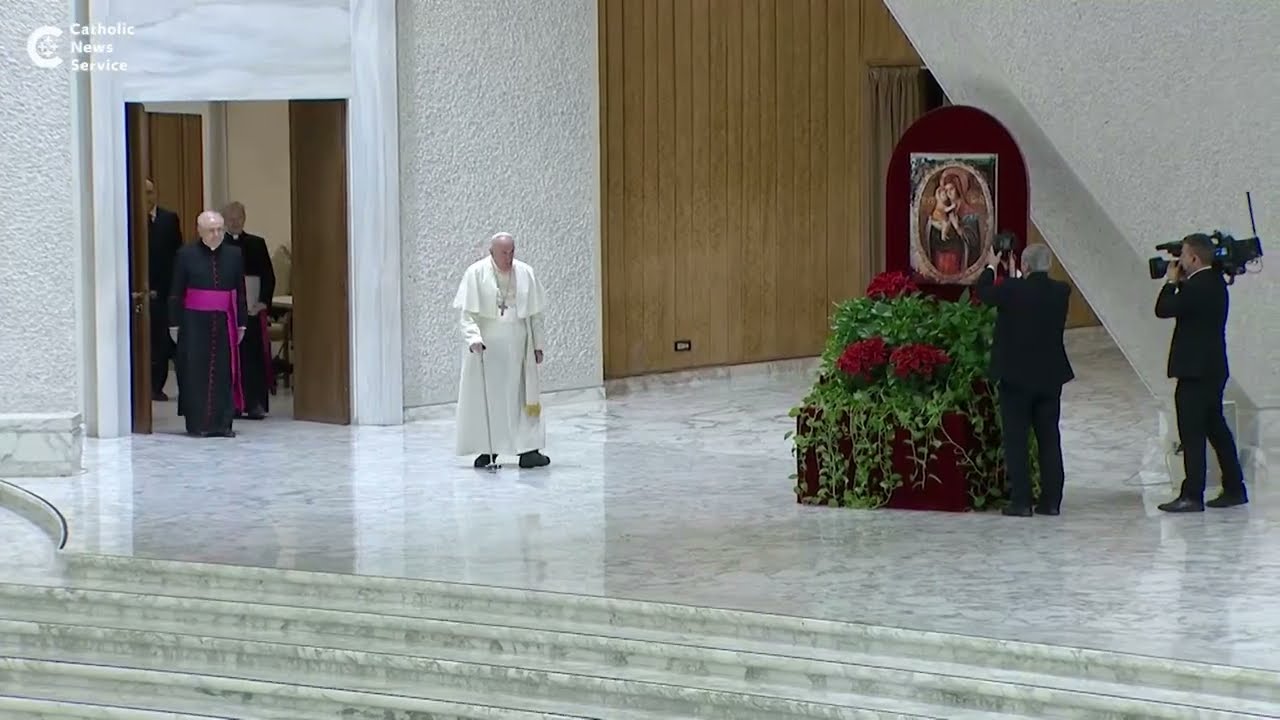 During his general audience Jan. 11, Pope Francis said that beauty, not proselytism, makes the church grow.