In a tribute in the Vatican newspaper, Cardinal Walter Kasper, a well-known German theologian, bishop and Vatican official, recalled his very public debates with Cardinal Joseph Ratzinger before he became Pope Benedict XVI. 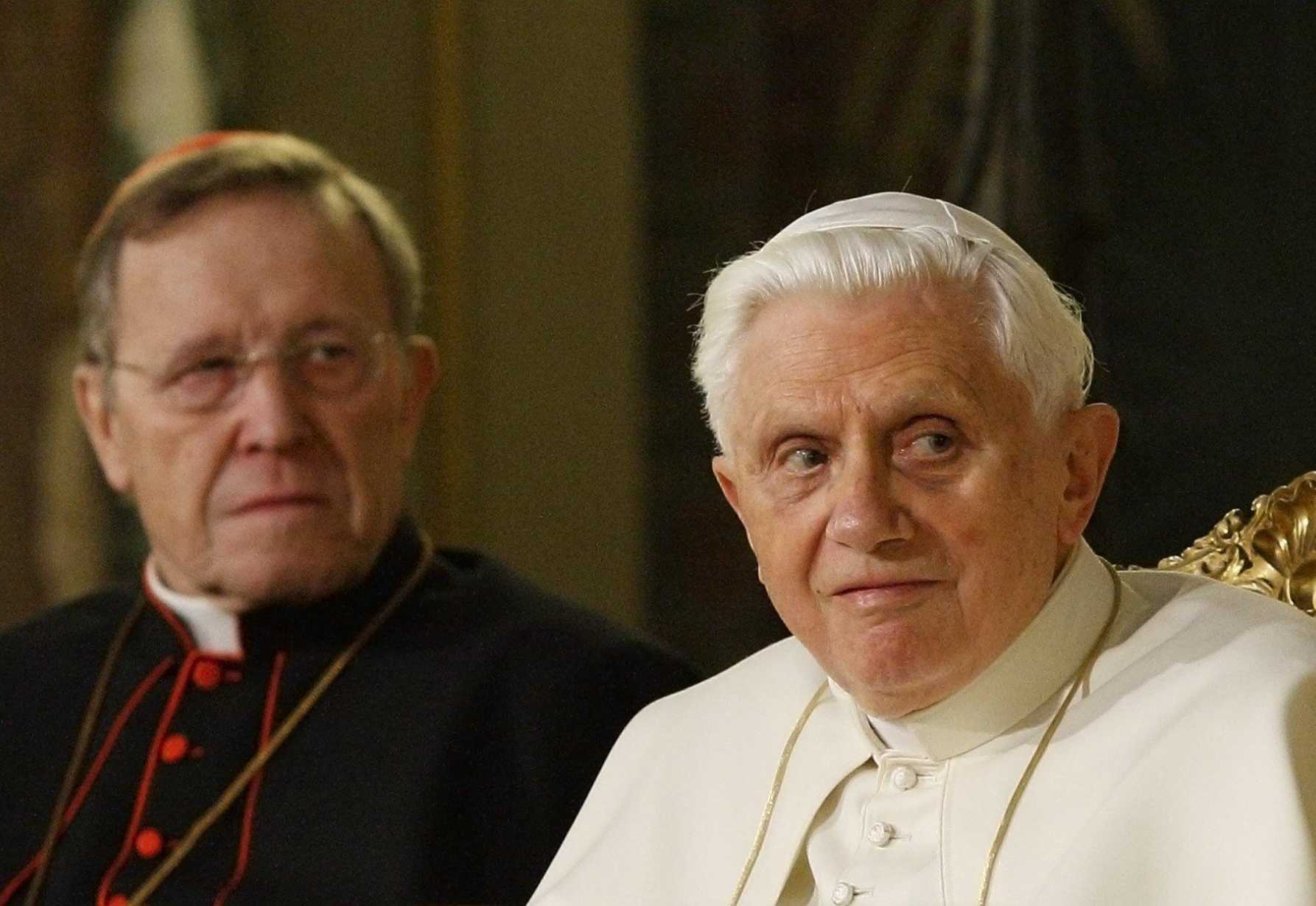 In a column published in the Vatican newspaper, L'Osservatore Romano, Cardinal Walter Kasper, who served as president of the Pontifical Council for Promoting Christian Unity from 2001 to 2010, recounted his public debates with the late pope.

In 1999 Cardinal Kasper published an article arguing that the Vatican had gone too far in centralizing authority in Rome and had given bishops too little flexibility to exercise their pastoral duties.

The exchange featured another back-and-forth in 2001 published in the Jesuit magazine America.

In his column, published Jan. 5 after Pope Benedict's funeral, Cardinal Kasper recalled meeting the "rising star" in the field of theology, Father Joseph Ratzinger, at an academic conference in Stuttgart, Germany, in 1963. The two German theologians eventually became bishops and then cardinals called to lead important Vatican departments that at times closely worked together.

Looking back 22 years after their public, published differences, Cardinal Kasper wrote that his "friendly debate" with then-Cardinal Ratzinger had always pleased him.

"Like any science," he said, "theology thrives on discussion."

Cardinal Ratzinger, he said, was "totally shaped by the spirit of the church fathers," namely Sts. Augustine and Bonaventure, whereas Cardinal Kasper had focused on more modern issues within the church and cited his study of St. Thomas Aquinas as an example.

"It is almost natural that from that (difference) there result different inflections that have existed in the entire history of Catholic theology and that are part of the richness of what is Catholic," he said.

Cardinal Kasper also described the "unique" experience of seeing a former colleague become pope and said that from the moment of Pope Benedict's election it was clear to him that "now, loyalty is needed."

Both cardinals were in the Sistine Chapel to elect a new pope after the death of St. John Paul II. Cardinal Kasper said that immediately after Pope Benedict was elected, the new pope told him: "Now let us walk the path of unity together."

Cardinal Kasper also recounted the "difficult moments" during Pope Benedict's pontificate in which he was involved as president of the Pontifical Council for Promoting Christian Unity and president of Pontifical Commission for Religious Relations with the Jews. Specifically, he cited the lifting of the excommunications of members of the Society of St. Pius X, including Bishop Richard Williamson, a holocaust denier.

"The error was not due to the pope but stemmed from a communication disaster in the Roman Curia, the consequences of which were not easy to overcome given the public outrage," the cardinal wrote.

Cardinal Kasper shared that Pope Benedict had written him a "kind" letter Dec. 10, just 21 days before his death, in which their "common concern for the crises in the church shines through."

He said that the letter once again presented the tension always present in "honest theology" between addressing new problems while holding fast to the fundamentals of the faith, something on which the cardinal said he and the late pope never had the "slightest divergence."

The 89-year-old Cardinal Kasper said he hoped that "one day we will be able to meet again in heaven and continue our talk, albeit in a completely different way."