Graziano Marcheschi, M.A. D.Min.,author, lecturer, and storyteller, Graziano speaks nationally and is Vice President for University Mission and Ministry at Saint Xavier University in Chicago, Illinois. Formerly, he served as Director of Ministerial Resource Development and Archdiocesan Director of Lay Ministry Formation for the Archdiocese of Chicago. 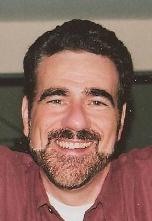 He has been adjunct faculty at a number of institutions, including the Institute of Pastoral Studies, Loyola University Chicago.  He has authored books on Scripture and proclamation skills as well audio and video works and a collection of stories and poetry, Wheat & Weeds and the Wolf of Gubbio,and he contributed commentaries on the Pentateuch, Gospels and Acts for the Catholic Bible, Personal Study Edition (Oxford University Press). He created and presented a major performance-prayer event in Phoenix, AZ during the 1987 pastoral visit of Pope John Paul II.  Graziano hosts a local cable-TV program, The Church, the Cardinal and You and co-hosts the Archdiocesan morning radio program Catholic Community of Faith.  He and his wife, Nancy, have two daughters and a son.

Reflections on the Songs of the Suffering Servant: Song 4

Song 4 — Suffering and Triumph of the Servant of the Lord

This fourth Song of the Suffering Servant is likely one of the best known texts of the entire Old Testament. It is a plaintive dirge that declares God’s innocent Servant was punished for ours ins and crushed for our iniquities. Like a “lamb led to the slaughter,” he went silently to his death, a death that bore away our offenses and made us whole. Though the “suffering” of the Suffering Servant is more evident in this text than in the other “songs,” this passage begins with a trumpet blast declaration of the Servant’s future glory. His exaltation, however, won’t spring from victory but from a well of deep sorrow. Though cast in the past tense, the Servant’s suffering is palpable.

Perhaps what’s most remarkable about the Servant is how unremarkable he is: “no majestic bearing” to attract, “no beauty” to please the eye. He was shunned and avoided the way one might recoil from a leper. And yet, says the prophet, it was for us that he suffered, for us that he endured shame. Foolishly, we assumed he was reaping the fruit of his own failures, but now we see the truth: it was ours ins brought him low. In street parlance we might say, “We did the crime, but he did the time.” If at least he would complain, express anger, go resentfully to his death. Maybe that would assuage our guilt. But he accepts his fate in silent dignity. No finger pointing; no “woe is me.” Mercifully, he bore the wounds butwewere healed. He did no wrong, Isaiah tells us, yet somehow it suits the will of God to make him a “reparation offering” and let him be cast aside “among the wicked.”

Such willing self-sacrifice is as surprising as the spin Isaiah gives it. Any religious person of his day would have viewed the Servant’s suffering as rightful punishment for sin. But the prophet sees through a different lens. With beautiful imagery, Isaiah announces ultimate vindication for the Servant whose vicarious suffering will “justify the many.” God greatly rewards the selfless Servant and turns his suffering into the ointment that heals the world.

This vision must have shocked Isaiah’s audience. A Messiah who would suffer and die instead of riding in with brandished sword to drive out their foreign dominators was plain preposterous. So was the notion that he would “justify the many.” The Messiah’s light was to shine on Israel, not upon the nations. It would be difficult, indeed, to long for such a universal Messiah.

Yet who could fail to recognize the suffering Christ within the contours of the Servant’s face? No one paints a better portrait than Isaiah of the Christ who suffered silently for our sins. But let’s not forget how this song begins: “My servant shall be raised high and greatly exalted.” Because he “surrendered himself to death,” the suffering, mocked Messiah is now the Lord who reigns and reconciles.

Does the assertion that “it was the Lord’s will to crush him with pain” raise any difficult questions for you?

Why do you think it would have been difficult for the people of ancient Israel to believe salvation would be extended not just to Israel, but to the whole world? Do you see a connection with Jesus’ parable of the workers in the vineyard who were all paid the same amount for their various hours of labor (Matthew 20:1-16)?

What stirs within you when you observe innocent suffering?

What about your own pain? Do you feel you suffer alone, or do you sense Christ suffering with you?