Beginning the Church's liturgical year, Advent (from, "ad-venire" in Latin or "to come to") is the season encompassing the four Sundays (and weekdays) leading up to the celebration of Christmas.

The Advent season is a time of preparation that directs our hearts and minds to Christ’s second coming at the end of time and to the anniversary of Our Lord’s birth on Christmas. From the earliest days of the Church, people have been fascinated by Jesus’ promise to come back. But the scripture readings during Advent tell us not to waste our time with predictions. Advent is not about speculation. Our Advent readings call us to be alert and ready, not weighted down and distracted by the cares of this world (Lk 21:34-36). Like Lent, the liturgical color for Advent is purple since both are seasons that prepare us for great feast days. Advent also includes an element of penance in the sense of preparing, quieting, and disciplining our hearts for the full joy of Christmas.

As we prepare for Christmas, the General Instruction of the Roman Missal notes some differences to the Mass that should be observed during the season. For instance, the priest wears violet or purple during Advent, except for the Third Sunday of Advent (Gaudete Sunday) when rose may be worn (GIRM, no. 346). Aside from what the priest wears, other aesthetic changes in the Church can include a more modestly decorated altar.

The final days of Advent, from December 17 to December 24, we focus on our preparation for the celebrations of the Nativity of our Lord at Christmas. In particular, the "O" Antiphons are sung during this period and have been by the Church since at least the eighth century. They are a magnificent theology that uses ancient biblical imagery drawn from the messianic hopes of the Old Testament to proclaim the coming of Christ as the fulfillment not only of Old Testament hopes, but of present ones as well.

Advent devotions including the Advent wreath, remind us of the meaning of the season. Our Advent calendar (linked below) can help you fully enter into the season with daily activity and prayer suggestions to prepare you spiritually for the birth of Jesus Christ. 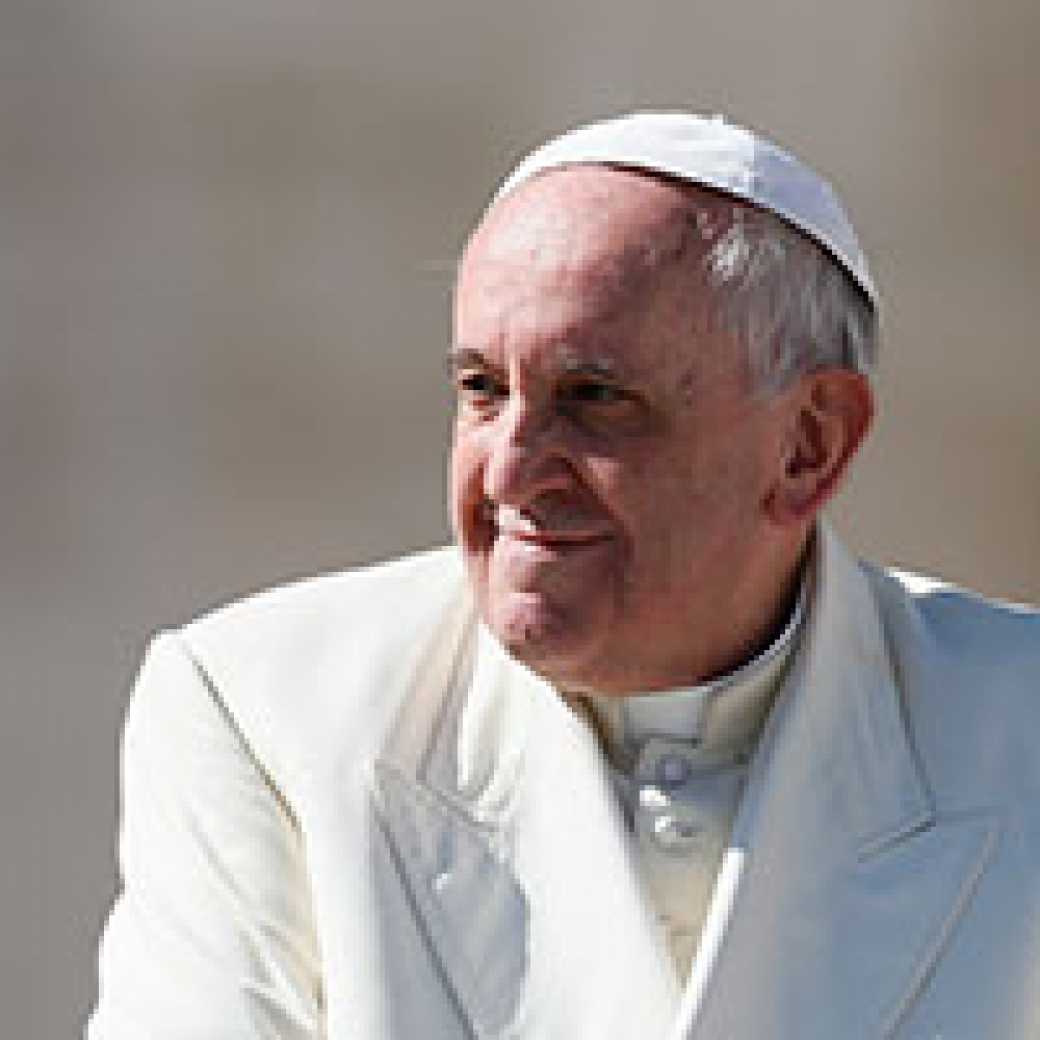 "Advent invites us to a commitment to vigilance, looking beyond ourselves, expanding our mind and heart in order to open ourselves up to the needs of people, of brothers and sisters, and to the desire for a new world."

Take a Moment to Pray
with Today's Readings

Traditionally, Advent wreaths are constructed of a circle of evergreen branches into which four candles are inserted, representing the four weeks of Advent. Ideally, three candles are purple, and one is rose, but white candles can also be used.

The purple candles symbolize the prayer, penance, and preparatory sacrifices and goods works undertaken at this time. The rose candle is lit on the third Sunday, Gaudete Sunday, when the priest also wears rose vestments at Mass; Gaudete Sunday is the Sunday of rejoicing, because the faithful have arrived at the midpoint of Advent, when their preparation is now half over, and they are close to Christmas.

The progressive lighting of the candles symbolizes the expectation and hope surrounding our Lord’s first coming into the world and the anticipation of his second coming to judge the living and the dead.

Prayer for an Advent Wreath 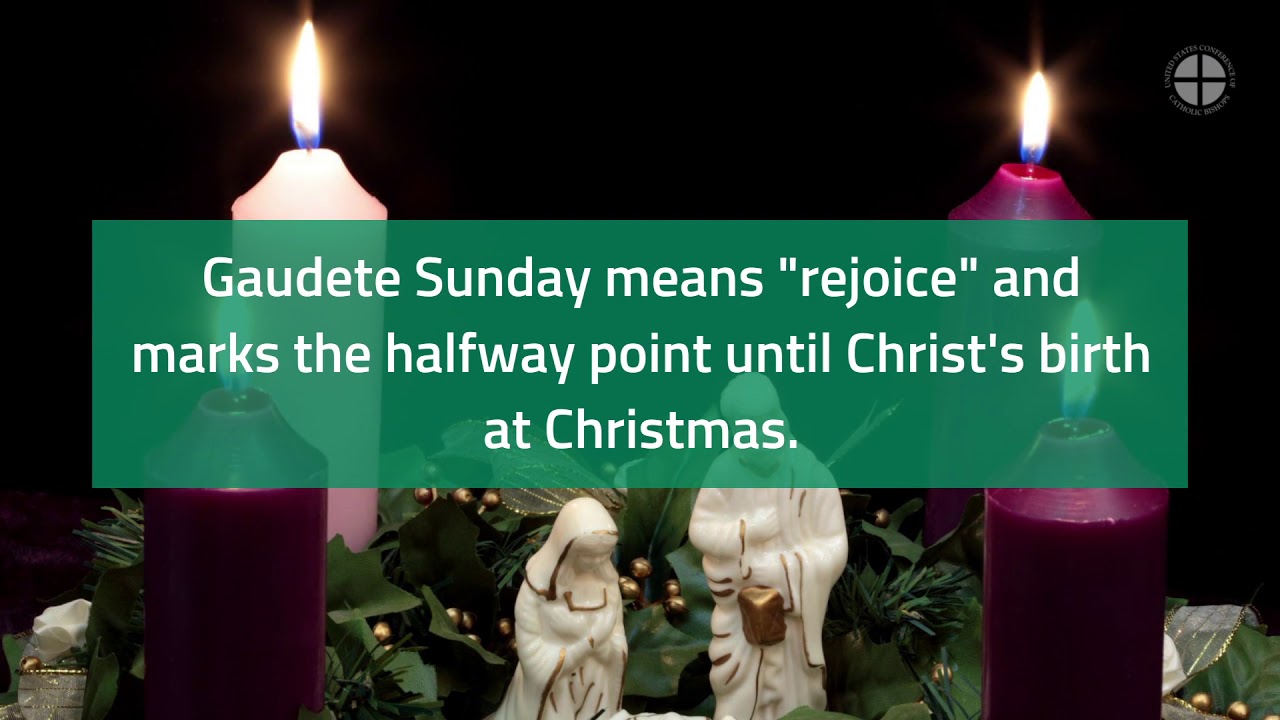 What is an Advent Wreath?

Traditionally, Advent wreaths have four candles that represent the four weeks of the season. The subsequent lighting of the candles symbolizes the expectation and hope of our Lord’s coming into the world at Christmas, as well as the anticipation of his...

What are the "O Antiphons?"

The Roman Church has been singing the "O Antiphons" since at least the eighth century. They are the antiphons that accompany the Magnificat canticle of Evening Prayer from December 17-23. They are a magnificent theology that uses ancient biblical imagery drawn from the messianic hopes of the Old Testament to proclaim the coming Christ as the fulfillment not only of Old Testament hopes, but present ones as well. Their repeated use of the imperative "Come!" embodies the longing of all for the Divine Messiah.

In its present form the custom of displaying figures depicting the birth of Jesus Christ owes its origin to St. Francis of Assisi, who made the Christmas crèche or manger for Christmas Eve of 1223.

The blessing of the Christmas manger or nativity scene may take place on the Vigil of Christmas or at another suitable time.

When the manger is set up in the home, it is appropriate that it be blessed by a parent or another family member.

Blessing of a Christmas Manger or Nativity Scene 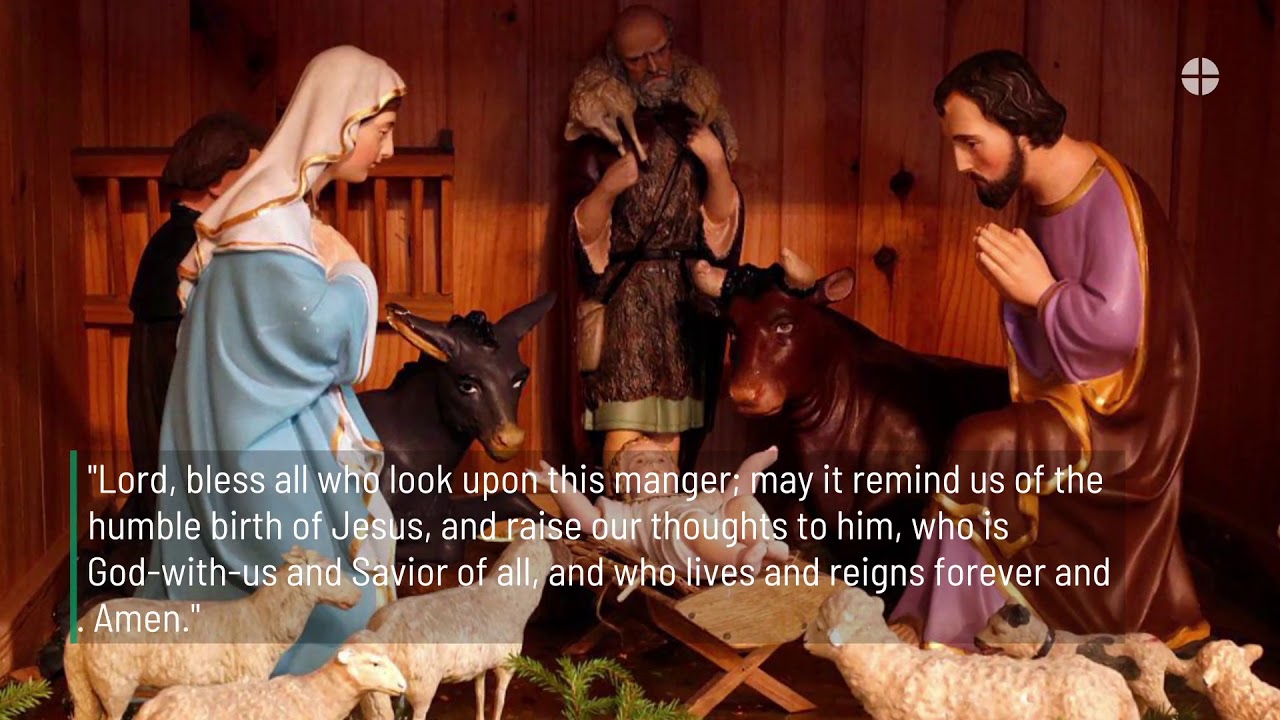 History of the Nativity Scene

In its present form, the custom of displaying figures depicting the birth of Christ owes its origin to St. Francis of Assisi, who made the Christmas crèche for Christmas Eve of 1223.

Blessing of a Christmas Tree

The use of the Christmas tree is relatively modern. Its origins are found in the medieval mystery plays that depicted the tree of paradise and the Christmas light or candle that symbolized Christ, the Light of the world. According to custom, the Christmas tree is set up just before Christmas and may remain in place until the Solemnity of Epiphany. The lights of the tree are illuminated after the prayer of blessing.

In the home the Christmas tree may be blessed by a parent or another family member, in connection with the evening meal on the Vigil of Christmas or at another suitable time on Christmas Day.

Blessing of a Christmas Tree

Universal Norms on the Liturgical Year and the General Roman Calendar

39. Advent has a twofold character, for it is a time of preparation for the Solemnities of Christmas, in which the First Coming of the Son of God to humanity is remembered, and likewise a time when, by remembrance of this, minds and hearts are led to look forward to Christ's Second Coming at the end of time. For these two reasons, Advent is a period of devout and expectant delight.

41. The Sundays of this time of year are named the First, Second, Third, and Fourth Sundays of Advent.

42. The weekdays from December 17 up to and including December 24 are ordered in a more direct way to preparing for the Nativity of the Lord.

The liturgical color for Advent is purple, just like Lent—as both are seasons that prepare us for great feast days. Also Advent (like Lent) includes an element of penance in the sense of preparing, quieting and disciplining our hearts for the full joy of Christmas. This penitential dimension is expressed through the color purple, but also through the restrained manner of decorating the church and altar:  "During Advent the floral decoration of the altar should be marked by a moderation suited to the character of this time of year, without expressing in anticipation the full joy of the Nativity of the Lord…[also] the use of the organ and other musical instruments should be marked by a [similar] moderation…" (GIRM n. 305 and n. 313)

The third Sunday of Advent is called "Gaudete" Sunday (coming from the first word of the Latin Entrance Antiphon for this day, meaning "Rejoice") and the liturgical color may be rose instead of purple. This is the Church's way of further heightening our expectation as we draw ever nearer the Solemnity of Christmas.