Placing Work and Workers at the Center of Economic Life

This Labor Day, our country continues to struggle with a broken economy that is not producing enough decent jobs. Millions of Americans suffer from unemployment, underemployment or are living in poverty as their basic needs too often go unmet. This represents a serious economic and moral failure for our nation. As people of faith, we are called to stand with those left behind, offer our solidarity, and join forces with "the least of these" to help meet their basic needs. We seek national economic renewal that places working people and their families at the center of economic life.

The Broken Economy Leaves Too Many Without Decent Work

Officially over 12 million workers are looking for work but cannot find a job and millions more have actually given up seeking employment. Millions more are underemployed; they are willing and able to work full time, but there are not enough jobs available. Over ten million families are "working poor"--they work hard, but their jobs do not pay enough to meet their basic needs. The sad fact is that over 46 million people live in poverty and, most disturbingly, over 16 million children grow up poor in our nation. The link between joblessness and poverty is undeniable, as Pope Benedict points out:

In many cases, poverty results from a violation of the dignity of human work, either because work opportunities are limited (through unemployment or underemployment), or "because a low value is put on work and the rights that flow from it, especially the right to a just wage and to the personal security of the worker and his or her family" (Caritas in Veritate, no. 63).

Public officials rightfully debate the need to reduce unsustainable federal deficits and debt. In the current political campaigns, we hear much about the economy, but almost nothing about the moral imperative to overcome pervasive poverty ina nation still blessed with substantial economic resources and power.

These harsh economic realities bring terrible human costs for millions of families, who live with anxiety and uncertainty and cope with stagnant or falling wages. Many are forced to work second or third jobs, which places further strain on their children's well-being, and millions of young adults are denied the ability to begin families. These people are not abstractions: they are fellow parishioners and our neighbors; our cousins, aunts, and uncles; our brothers and sisters; our mothers and fathers; possibly our own children. The economy should help families thrive, not place additional pressures on them.

This broken economy also contributes to the danger that workers will be exploited or mistreated in other ways. For example, many employees struggle for just wages, a safe workplace, and a voice in the economy, but they cannot purchase the goods they make, stay in the hotels they clean, or eat the food they harvest, prepare, or serve. Immigrants and their families are especially vulnerable, which highlights the urgent need for comprehensive immigration reform.

The Catholic bishops of the United States, through our Migration and Refugee Services (MRS) and the CatholicCampaign for Human Development (CCHD), provide help and hope to exploited and mistreated working people. MRS helps workers who have fled their home countries with the promise of employment, only to find themselves forced to work long hours in dangerous jobs. CCHD supports groups throughout the country that empower working people to raise their voices and regain wages that have been taken from them, demand fair treatment, and seek greater economic opportunity. The broken economy also places additional strain on other Catholic organizations such as Catholic Relief Services, Catholic Charities, and the Society of St. Vincent de Paul, that struggle to fulfill our Gospel mandate in the face of increased demand and fewer resources.

The exploitation of working people, whether subtle or obvious, injures their humanity and denies their inherent dignity. Exploited and mistreated workers require our care and solidarity. An economy that allows this exploitation and abuse demands our attention and action. As the bishops point out in the Catholic Framework for Economic Life, "By our choices, initiative, creativity, and investment, we enhance or diminish economic opportunity, community life, and social justice." We should ask: How do we contribute to forces that threaten the human dignity of vulnerable workers? How can our choices in economic and public life enhance their lives, pursue economic justice, and promote opportunity? 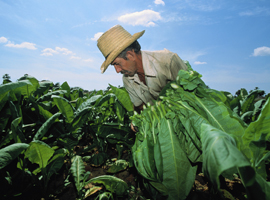 A Call for Economic Renewal and Support for Workers

Our nation needs an economic renewal that places workers and their families at the center of economic life and creates enough decent jobs for everyone who can work. Work is more than a paycheck; it helps raise our families, develop our potential, share in God's creation, and contribute to the common good.

Everyone and every institution has a role to play in building a more just economy. In the words of our Conference, we seek an economy that serves the person rather than the other way around.Blessed John Paul II said:

…society and the State must ensure wage levels adequate for the maintenance of the worker and his family, including a certain amount for savings. This requires a continuous effort to improve workers' training and capability so that their work will be more skilled and productive, as well as careful controls and adequate legislative measures to block shameful forms of exploitation, especially to the disadvantage of the most vulnerable workers, of immigrants and of those on the margins of society. The role of trade unions in negotiating minimum salaries and working conditions is decisive in this area (Centesimus Annus, no. 15).

Unions and other worker associations have a unique and essential responsibility in this needed economic renewal. Our Church has long taught that unions are "an indispensable element of social life, especially in modern industrialized societies" (Laborem Exercens, no. 20) and are examples of the traditional Catholic principles of solidarity and subsidiarity in action. At their best, unions demonstrate solidarity by bringing workers together to speak and act collectively to protect their rights and pursue the common good. Unions are a sign of subsidiarity by forming associations of workers to have a voice, articulate their needs, and bargain and negotiate with the large economic institutions and structures of government.

Like other institutions, including religious, business and civic groups, unions sometimes fall short of this promise and responsibility. Some union actions can contribute to excessive polarization and intense partisanship, can pursue positions that conflict with the common good, or can focus on just narrow self-interests. When labor institutions fall short, it does not negate Catholic teaching in support of unions and the protection of working people, but calls out for a renewed focus and candid dialogue on how to best defend workers. Indeed, economic renewal that places working people and their families at the center of economic life cannot take place without effective unions. This renewal requires business, religious, labor, and civic organizations to work together to help working people defend their dignity, claim their rights, and have a voice in the workplace and broader economy.

In this time of economic turmoil and uncertainty, we need to reflect on the moral and human dimensions of too much poverty and not enough work. We are called to work together--business, labor, and government--to build a productive economy that offers opportunity, creates jobs, generates growth, protects the dignity of working people, respects the family, and promotes genuine human development.

The relative silence of candidates and their campaigns on the moral imperative to resist and overcome poverty is both ominous and disheartening. Despite unacceptable levels of poverty, few candidates and elected officials speak about pervasive poverty or offer a path to overcome it. We need to hear from those who seek to lead this country about what specific steps they would take to lift people out of poverty. In this election year, Catholics should review and act on what the U.S. bishops said on economic issues in Forming Consciences for Faithful Citizenship:

Economic decisions and institutions should be assessed according to whether they protect or undermine the dignity of the human person. Social and economic policies should foster the creation of jobs for all who can work with decent working conditions and just wages. Barriers to equal pay and employment for women and those facing unjust discrimination must be overcome. Catholic social teaching supports the right of workers to choose whether to organize, join a union, and bargain collectively, and to exercise these rights without reprisal. It also affirms economic freedom, initiative, and the right to private property. Workers, owners, employers, and unions should work together to create decent jobs, build a more just economy, and advance the common good (no. 76).

Our Conference of Bishops is developing a pastoral reflection on work, poverty, and a broken economy. This modest reflection will draw heavily from Pope Benedict's powerful encyclicals, will communicate our solidarity with those who have been left behind, and will call for prayer, education, discussion and action. It will be an example of responding to the call of Pope Paul VI to the laity:

...to take the initiatives freely and to infuse a Christian spirit into the mentality, customs, laws and structures of the community in which they live. Let each one examine himself, to see what he has done up to now, and what he ought to do. It is not enough to recall principles, state intentions, point to crying injustice and utter prophetic denunciations; these words will lack real weight unless they are accompanied for each individual by a livelier awareness of personal responsibility and by effective action (Octogesima Adveniens, no. 48).

This Labor Day, millions of working people and their families have urgent and compelling needs. I ask you to join me in a special prayer for them and all workers, especially those without a job struggling to live in dignity. May God guide our nation in creating a more just economy that truly honors the dignity of work and the rights of workers.