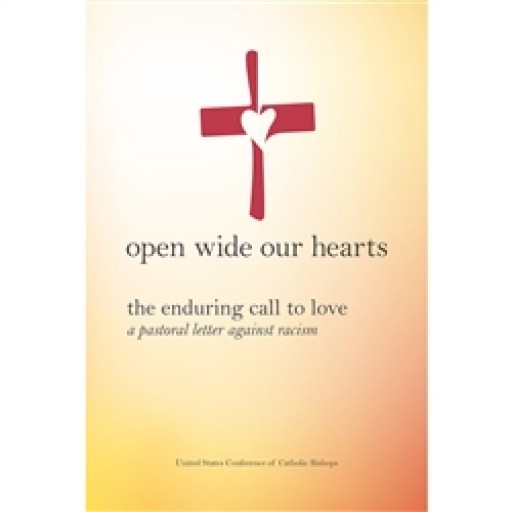 In Open Wide Our Hearts: The Enduring Call to Love, the Catholic bishops of the United States invite the reader to recognize the ways in which the evil of racism profoundly impacts the lives of many people in the United States. The pastoral letter reflects on the dignity of every human person and establishes the Church’s moral imperative to combat racism as a life issue. The text draws lessons from current and historical experiences of several groups—including African Americans, Hispanics/Latinos, and Native Americans—while acknowledging that many ethnic groups and nationalities have been and are still affected by different forms of racial discrimination and hatred.