Originally known as the Tri-Conference Retirement Office, the National Religious Retirement Office (NRRO) was established in 1986 to address the significant lack of retirement savings among religious communities in the United States. The NRRO coordinates the annual collection for the Retirement Fund for Religious and distributes the proceeds to help religious institutes address current and future retirement needs. Despite the overwhelming generosity to this collection, the needs of elder religious remain profound. Escalating the concern is the expected shift in the ratio of wage-earning members to those who are retired. Currently, the income of religious in compensated ministry bridges a significant portion of the retirement funding gap, but in the coming years that will no longer be the case. 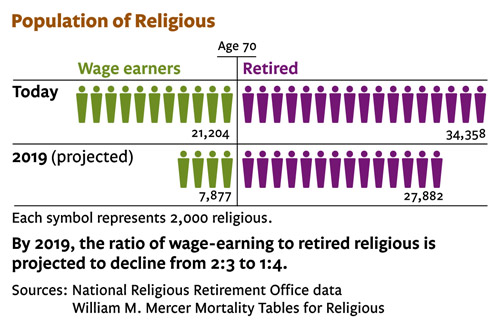