Documents from our Bishops

Renewing the Vision: AFramework for Catholic Youth Ministry builds on the fine tradition begun by the 1976 document, A Vision of Youth Ministry. To respond to the new challenges and opportunities of our day the Catholic bishops of the United States offer this document as a blueprint for the continued development of effective ministry with young and older adolescents.

Sons and Daughters of the Light

In 1996, on the eve of the third millennium, the bishops of the United States promulgated "Sons and Daughters of the Light," a document on pastoral ministry to young adults. Young adults, who range from 18-39 years of age, make up a large part of the Church and have the potential to contribute greatly toward the Christian mission. Noting that outreach to young adults has been largely neglected in the past, and that young adults provide a valuable and unique perspective to and for ministry that must be seriously considered, the U.S. bishops aimed to create a strategic plan to integrate young adults into the life of the Church in America, by taking into careful consideration the various stages of life and circumstances in which young adults find themselves.

By our baptism, Catholics are committed to following Jesus Christ and to be "salt for the earth, light for the nations." As the Catechism of the Catholic Church reminds us, "It is necessary that all participate, according to his position and role, in promoting the common good. This is inherent in the dignity of the human person ... As far as possible citizens should take an active part in public life" (nos. 1913-1915).

Labor Day gives us the chance to see how work in America matches up to the lofty ideals of our Catholic tradition.  Pope Francis says that work "is fundamental to the dignity of a person.... [It] 'anoints' us with dignity, fills us with dignity, makes us similar to God... gives one the ability to maintain oneself, one's family, [and] to contribute to the growth of one's own nation." Labor Day Statements are important for young people because unemployment affects them most of all. For more Labor Day Statements and to learn more about the dignity of work, visit the USCCB's human life and dignity web page.

Economic Justice for All

"Economic decisions have human consequences and moral content; they help or hurt people, strengthen or weaken family life, advance or diminish the quality of justice in our land.This letter is a personal invitation to Catholics to use the resources of our faith, the strength of our economy, and the opportunities of our democracy to shape a society that better protects the dignity and basic rights of our sisters and brothers, both in this land and around the world."(Paragraph 1 & 2)

A Decade after Economic Justice for All

Other Documents from our Bishops

Co-Workers in the Vineyard of the Lord

Our Hearts Were Burning Within Us

Documents from the Vatican

The preparatory document looks at the current global situation, the lives of young people in the modern world, and the process of walking with young people as they discern their personal "vocation of love." It ends with a questionnaire about young people and vocational discernment, inviting responses that will be incorporated into a working document for the October 2018 synod.

Amoris Laetitia - "The Joy of Love"

Amoris Laetitia is the result of Pope Francis' prayerful reflection on the discussions and outcomes of two synods of bishops held in Rome: an Extraordinary Synod in 2014, and an Ordinary Synod in 2015, both on the topic of marriage and the family. The exhortation is meant to share with the Church the Holy Father's teaching and encouragement regarding pastoral ministry to families, and what marriages and families are called to at this time in history

Laudato Si - "On Care for our Common Home"

On Care for Our Common Home (Laudato Si') is the new appeal from Pope Francis addressed to "every person living on this planet" for an inclusive dialogue about how we are shaping the future of our planet. Pope Francis calls the Church and the world to acknowledge the urgency of our environmental challenges and to join him in embarking on a new path. This encyclical is written with both hope and resolve, looking to our common future with candor and humility.

Evangelii Gaudium - "Joy of the Gospel"

Pope Francis's first apostolic exhortation.  Francis inspires the "New Evangelization" generation with this document by asking the Church to "go out" in "missionary joy."  This is a must-read. 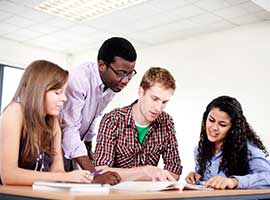 Caritas in Veritate - "Charity in Truth"

Benedict XVI's third encyclical.  Caritas in Veritate looks at global development and the common good of all humanity.  Focusing on economic and social issues, the document asks all people to act out of charity, which is "at the heart of the Church's social doctrine."

Benedict XVI's first encyclical derived from St. John Paul II's writings.  This document puts "love" in a Christian context, examining eros, agape, and philia, and relates them to the love Christ has for the Church.  Suggested for all young people, but especially engaged and married couples.

Blessed Paul VI's (unintentionally) prophetic document on contraception and the transmission of human life.  This document is often criticized by the secular world because it details the Church's teaching on birth control.  Blessed Paul VI predicts that use of contraception will lower the world's morality, cause the man to lose respect for the woman, be a cause of forced abortions and population control, and lead men and women to believe each has unlimited dominion over his or her body.  This flagship document is a testament to the beauty of human life and God's role in sustaining our lives.

Rerum Novarum - "On Capital and Labor"

Although Pope Leo XIII wrote this document in 1891, the document's advocacy for the dignity and rights of workers, the poor, and the common good are still issues for the modern day Church to think about.  Rerum Novarum is a direct opposition to socialism and communism.  It discusses the relationship between labor and captial, highlighting the Church's responsibility in the protection of all people.

Gaudium et Spes - "On the Church in the Modern World"

The Congregation for the Doctrine of the Faith's (CDF) statement on Catholic political life.  This document offers answers to questions many young Catholics have.

Compendium of the Social Doctrine of the Church

The Pontifical Council for Justice and Peace put together an all-in-one document detailing the Church's approach to social issues.  The life and love of Jesus Christ directly influences our mission.