Standing before Congress on January 8, 1964, President Lyndon Johnson delivered his State of the Union Address. Here he called for the abolition of all forms of racial discrimination—calls that anticipated the passage of the Civil Rights Act some six months later—and committed his Administration to “lifting by legislation the bars of discrimination against those who seek entry into our country.”1  Americans often think of civil rights legislation of the following years as being only pertinent to the African American community, but it in fact had important implications for the formation of migration policy. From the days of slavery when the forced migration of African Americans brought countless men, women and children against their will to work as slaves in fields and factories across our land, to the early decades of the nineteenth century when wide swathes of people were excluded from migrating to the United States because they were considered racially unfit for self-rule, race has been intertwined with the migration of people to United States and in policy decisions made by its political leaders.

"...race has been intertwined with the migration of people to United States and in policy decisions made by its political leaders."

For blacks, the consequences of their forced migration into slavery—the denial of basic human rights promised to them under the Constitution and the total disregard for their God-given human dignity—was not fully confronted until the late 1950s and 1960s. The Civil Rights Act of 1964 and the Voting Rights Act the following year signify an important effort to right the wrongs of the past. To this day the struggle to come to terms with the economic, political, and cultural consequences of this experience remains a flashpoint in American life. For others, including Asians and Eastern and Southern Europeans who were effectively forbidden entrance into the United States for decades, the spirit of the Civil Rights Movement provided an important turning point in the formation of migration policy and its relationship to race.

By the early twentieth century eugenics was popular among many of the elites of the period and became championed as a “science” that could differentiate between superior and inferior races. Opponents of immigration often turned to a eugenic-based logic to affirm the superiority of Anglo-Saxon bloodlines and the inferiority of others whose ancestry originated most anywhere outside of Northern Europe. The latter were often deemed unfit for self-rule due low intelligence, uncivilized behavior, and other social and personal characteristics that were taken to be grounded in their racial heritage. Allowing large numbers of “inferior” peoples to migrate to the United States would only serve to dilute the native, Anglo-Saxon stock and provide a biological threat to the American way of life. This rationale, when accepted by legislators and political elites, provided immigration restrictionists the opportunity to push restrictions on immigration from countries deemed less desirable. The high water mark for these efforts came with the passage of the Immigration Act of 1924 and the implementation of a quota system that determined the number of migrants allowed in from each country in the Eastern Hemisphere (Western Hemisphere countries were exempt from the quota).

This legislation set onerous restrictions on immigration, including a ban on migration from the Asia-Pacific Triangle countries (e.g. China, the Philippines, Korea) and substantially reduced migration from other parts of the world, including Eastern and Southern Europe. For example, from 1900 to 1910, approximately two hundred thousand Italians migrated annually to the United States annually; under the newly imposed quota legislation, only 4,000 Italian migrants were allowed entry. This system remained the normal for nearly four decades and ended only with the passage of the Immigration and Nationality Act of 1965.

Efforts to eliminate the racially motivated quota system from our immigration laws embodied the same spirit that gave rise to civil rights legislation during that same period.

Although President Lyndon Johnson was slow to act on immigration reform, in part because of his concern that movement on this issue would damage the ability to achieve his broader political agenda, he eventually committed to it and the revocation of the national origins quotas. Reflecting on the President’s support of immigration reform during this period Jack Valenti, one of Johnson’s close advisers, remarked that the President “eventually recognized that existing immigration law, and in particular, national origins quotas created many decades before on racist grounds, as inconsistent with civil rights and racial justice.”2  Efforts to eliminate the racially motivated quota system from our immigration laws embodied the same spirit that gave rise to civil rights legislation during that same period. Just as civil rights legislation aimed at stopping discriminatory practices aimed at African Americans (e.g. Jim Crow), the 1965 immigration legislation sought to eliminate discriminatory and racially based practices that determined who could and who could not migrate to the United States.

In the place of the quota legislation, the 1965 law emphasized family reunification and, to a lesser extent, skills based migration. By eliminating the quota system, this legislation removed the overt forms of racially based discrimination that had formed the centerpiece of immigration policy for nearly four decades. While it has not eliminated some of the more subtle forms of racial suspicion from migration related issues, the Immigration and Nationality Act of 1965 embodied the spirit of the Civil Rights Movement and shared with it many of the objectives that this movement strived to achieve. 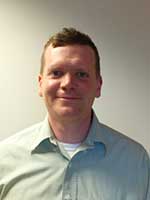 Todd Scribner is the Education Outreach Coordinator in the Department of Migration and Refugee Services at the USCCB, where he focuses on the intersection between the Catholic Church, migration history, and policy. He received his Ph.D. in religious studies from the Catholic University of America. He recently had published On Strangers No Longer: Perspectives on The Historical U.S.~Mexican Catholic Bishops’ Pastoral Letter on Migration and has a forthcoming book from the Catholic University of America Press titled A Partisan Church: American Catholicism and the Rise of Neoconservative Catholics.