View past and current issues in the e-newsletter archive.

The Angela Project - Read an ecumenical and interracial prayer resource commemorating the Quad-Centennial of Africans in the United States.

Lament and Hope- an African Devotional Guide Commemorating the 2019 Quad-Centennial of the Forced Transatlantic Voyage of Enslaved African Peoples to Jamestown, VA (USA) - Read the new ecumenical anti-racism resource from Bread of the World.

Catholic Women Speak - Watch a video of Leslye Colvin of Catholic Committee Soutathering for Mission Project, speaking about what it means for her to black American woman durinathering in Rome in 2018.

National Black Catholic Congress (NBCC) XII Pastoral Plan of Action - Read the Pastoral Plan of Action which was developed by delegates who were appointed by bishops from every diocese in the United States. These women and men brought the concerns and needs of their local communities, and worked together to develoist of pastoral priorities.

Pastoral Statements from 1958-2018 - Read statements issued/approved by USCCB and its predecessors about the sin of racism:

Find more information and resources regarding the issue of racism on USCCB's Combatting Racism webpage. 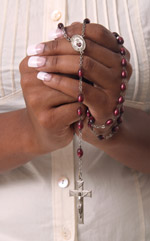 Below are additional foundation materials:

Check out the new "Growing Vocations" webpage that will be updated with information about priesthood, diaconate, consecrated life, married life, and single life in the African American community.

Read the report from the 2015 Black Catholic Young Adult Listening Session and related material at the Young Adult Resources webpage.

Below are some video and audio resources available: 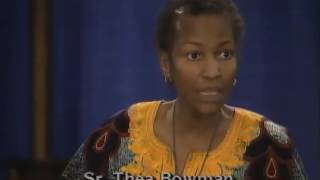 June is Torture Awareness Month and June 26 is the International Day of Support of Victims of Torture. The focus of the National Religious Campaign Against Torture (NRCAT) USCCB partner, now includes ending torture in U.S. prisons and campaigning against solitary confinement. Help end torture in U.S. policy, practice and culture by downloading a free toolkit of resources from NRCAT .

Check out the biographies and autobiographies reviewed on Recommended Reading about Inspiring African Americans. These reviews highlight the inspiring lives of persons of African decent. We will continue to update this page, so keep checking back for new ideas for an inspiring read.