Two U.S. Saints To Be Canonized By Pope Benedict XVI

WASHINGTON—Next week,Pope Benedict XVI will canonize seven saints including two Americans: Blessed Kateri Tekakwitha, the first Native American saint, and Blessed Mother Marianne Cope, who spent the last 30 years of her life ministering to the sick on the Hawaiian island of Molokai. 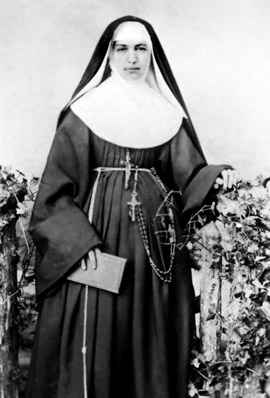 SYRACUSE, N.Y. (CNS) -- The path to sainthood for Blessed Marianne Cope of Molokai has been cleared after a Vatican congregation Dec. 6 confirmed a second miracle attributed to her intercession.

Blessed Kateri Tekakwitha — the "Lily of the Mohawks" 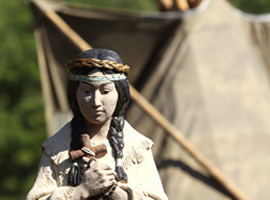 'Lily of the Mohawks' came to know, love Christ over clan's objections

WASHINGTON (CNS) -- Blessed Kateri Tekakwitha, "the Lily of the Mohawks," is the young Indian maiden who, despite objections from some in her own clan, came to know and love Christ.

AURIESVILLE, N.Y. (CNS) -- As the sun set on the 73rd annual Tekakwitha Conference at its namesake's birthplace July 21, dozens of pilgrims joined hands and formed a circle, launching a traditional dance symbolic of friendship.