Cultural Diversity in the Church

In 2007 the United States Conference of Catholic Bishops established several priorities for action during the 2008-2011 planning cycle. One of those priorities was "recognition of cultural diversity." In highlighting this priority the bishops were not only pointing to the profound demographic transformation that has been taking place in the United States and in the Church over several decades, they were also manifesting the Catholic Church's concern with diversity not just as a practical matter but as something integral to the Church's very identity and mission. The focus on cultural diversity is grounded on the urgent need to grow in knowledge and develop appropriate attitudes and skills for the purpose of carrying out the Church's mission to evangelize. One cannot preach, teach or form persons in the Catholic faith adequately without attending to the ways in which Catholic faith and identity become embodied in culture.Proficiency in matters of culture and intercultural relations is an essential feature of the ongoing process of conversion by which the Gospel becomes life for people. The New Evangelization so ardently championed by Pope Benedict XVI and his predecessors hinges on the acquisition of competencies that advance both the proclamation of the Gospel and the intercultural dialogue leading to the Christian conversion of individuals and entire cultures.

The program outlined in this manual is aimed at anyone involved in ecclesial ministry. This includes, of course bishops, priests and deacons, religious men and women, lay ecclesial ministers who serve in dioceses, parishes, schools and Catholic organizations.

The background and proficiency offered by this program is for every cultural, ethnic or racial group in the Church. While it is true that persons of European ancestry constitute the majority of those involved in ecclesial ministries today, very sizable cohorts of Catholics from all cultural families enjoy positions of leadership not only among their own group but increasingly among diverse communities. The reality of shared or multicultural parishes is becoming the norm in many places.

Building Intercultural Competence for Ministers should therefore be offered to persons from all the major families, not just European Americans, for example. At the Cultural Diversity Network Convocation held at the University of Notre Dame in May 2010 the participants were selected from among six major families: (1) European American, (2) Hispanic/Latino, (3) African American, (4) Asian and Pacific Islanders, (5) Native Americans, and (6) Migrants, Refugees and Travelers. These categories reflect the ones the bishops have established for the subcommittees of the Committee on Cultural Diversity.

What is particularly notable about identifying these categories is the fact that they may be used in such a way as to establish certain equality among all the groups whatever be their histories and relative numbers in relation to the entire Catholic (diocesan or parish) population. In this approach the European American context, the prevailing or dominant culture, is not presumed to provide the only or even the main framework or paradigm for the other communities. This helps create a "level playing field" and facilitates the development of greater trust and mutuality among all groups including the European American. It is recommended that groups seeking to apply the methods for building intercultural relations and communications contained in these modules consider adopting this same approach.

One of the important, if not essential, lessons learned in the process of convening diverse groups at Notre Dame was the central role played by storytelling in setting the tone for everything that followed. Each community was eager to share their stories and everyone found them engaging and informative. While a simple procedure, this was the key to beginning the delicate process of intercultural encounter in an inclusive, effective way. As such, the importance of creating opportunities for meaningful storytelling is essential in dioceses, parishes and organizations that seek to build greater Christian community among diverse cultural families.

Other helpful suggestions on how to prepare the ground for intercultural gatherings are outlined in Catholic Cultural Diversity Network Convocation Notebook which is an additional resource. For instance, the process by which "witnesses" were selected to voice the stories of their particular community is detailed in the Notebook available on the USCCB webpage.The following pages provide five modules with content along with a glossary of terms, supplementary resources and sample introductory and concluding prayer services for the workshop.The modules propose to offer ministry leaders an opportunity to achieve a basic level of awareness and proficiency regarding the five guidelines recommended by the Bishops' Committee on Cultural Diversity in the Church.

The Bishops of the United States in their Priority Plan, “Deepen Faith, Nurture Hope and Celebrate Life”, chose recognition of cultural diversity with emphasis on Hispanic ministry as one of five priorities for the planning cycle of 2008-2011. In response to this priority, several activities emerged as recommended by the Task Force on Cultural Diversity established by the USCCB Committee on Priority and Plans in 2008 and chaired by Bishop Ricardo Ramírez,CSB. The foundational activity proposed by the Task Force, and endorsed by the full body of Bishops, was the development of Guidelines for Intercultural Competence. The course that has been designed expresses the guidelines in the form of competencies. In order to disseminate this resource as widely as possible, regional workshops are being planned.  A core group of trainers will be recruited and trained in providing pastoral leaders of all cultural backgrounds with this introductory course. The How To Use The Building Intercultural Competencies For Ministers (BICM) Guidelines section of this handbook describes the content, some of the adult learning methodology, and other resources.In light of demographic changes taking place everywhere in the nation today, these competencies are increasingly necessary for effective pastoral leadership in the Catholic Church in the United States. Traditional pastoral approaches such as the personal or national parish, which have been useful over the years, are increasingly more difficult to sustain or inadequate for the growing diversity of the Church. Today’s urban and suburban parishes are becoming “shared” or multicultural parishes. They find themselves serving a daunting combination of nationalities, language groups, cultures and races, going well beyond the monolingual and monocultural approaches of either the national parish or the assimilated suburban parish of just a few decades ago.

More importantly, knowledge, attitudes and skills in intercultural and interracial relations are indispensible requirements for engaging in the Church’s evangelizing mission to preach, teach and witness to the Gospel. To evangelize is to engage cultures and transform them in light of the Gospel of Jesus Christ (Evangelii nuntiandi No. 20). Pope Benedict XVI, recalling us to the vision of a New Evangelization first proposed by Pope John Paul II, has given renewed urgency to the task of engaging culture and “re-proposing” belief in Christ and his Gospel in the context of a secularized world. (Pope Benedict XVI, Homily, Solemnity of Saints Peter and Paul, St. Paul Outside the Walls, Rome, June 28, 2010).

The course draws on the knowledge and practices derived from cultural anthropology as well as the insights of intercultural studies.  At the same time, it is grounded in the Church’s teaching about the human person and Christian spirituality. This course will frame many of the questions about the cultural plurality of American society within the larger context of the Church’s identity and mission in order engage cultures for the sake of the Gospel and evangelize them.

The workshop is directed to all those engaged in some form of ecclesial ministry including bishops, priests, deacons, religious men and women and lay ecclesial ministers, and other pastoral agents. It brings participants to an introductory level of familiarity with intercultural relations for ministry, providing both theological and spiritual foundations.  The members of the Committee on Cultural Diversity in the Church hope the knowledge, attitudes and skills proposed here will become common competencies for all ministers in the United States.

May the intercession of our Blessed Mother, Santa María de Guadalupe, grace this earnest pastoral effort with the wisdom and grace of her Son, Jesus. +Jaime Soto Chair, Committee on Cultural Diversity in the Church United States Conference of Catholic Bishops 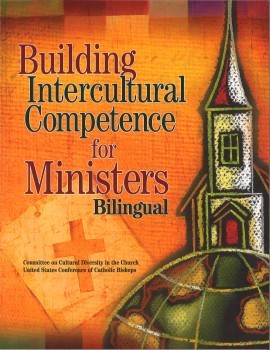 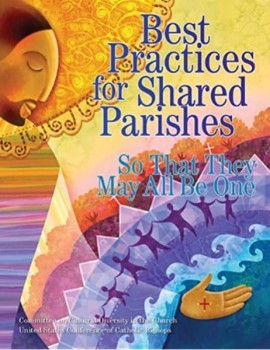 Best Practices for Shared Parishes: So That They May All Be One (English & Spanish) 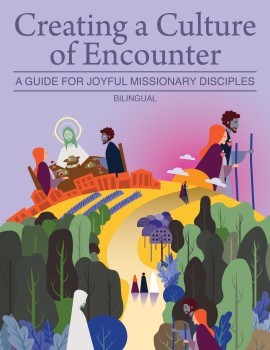 Creating a Culture of Encounter: A Guide for Joyful Missionary Disciples 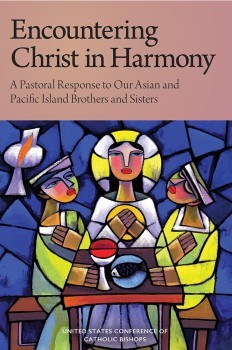 Encountering Christ in Harmony: A Pastoral Response to Our Asian and Pacific Island Brothers and Sisters