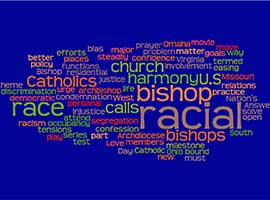 Word Cloud of CNS headlines from the Civil Rights Movement

MORE VIDEOS: See all the videos on this playlist. Click the