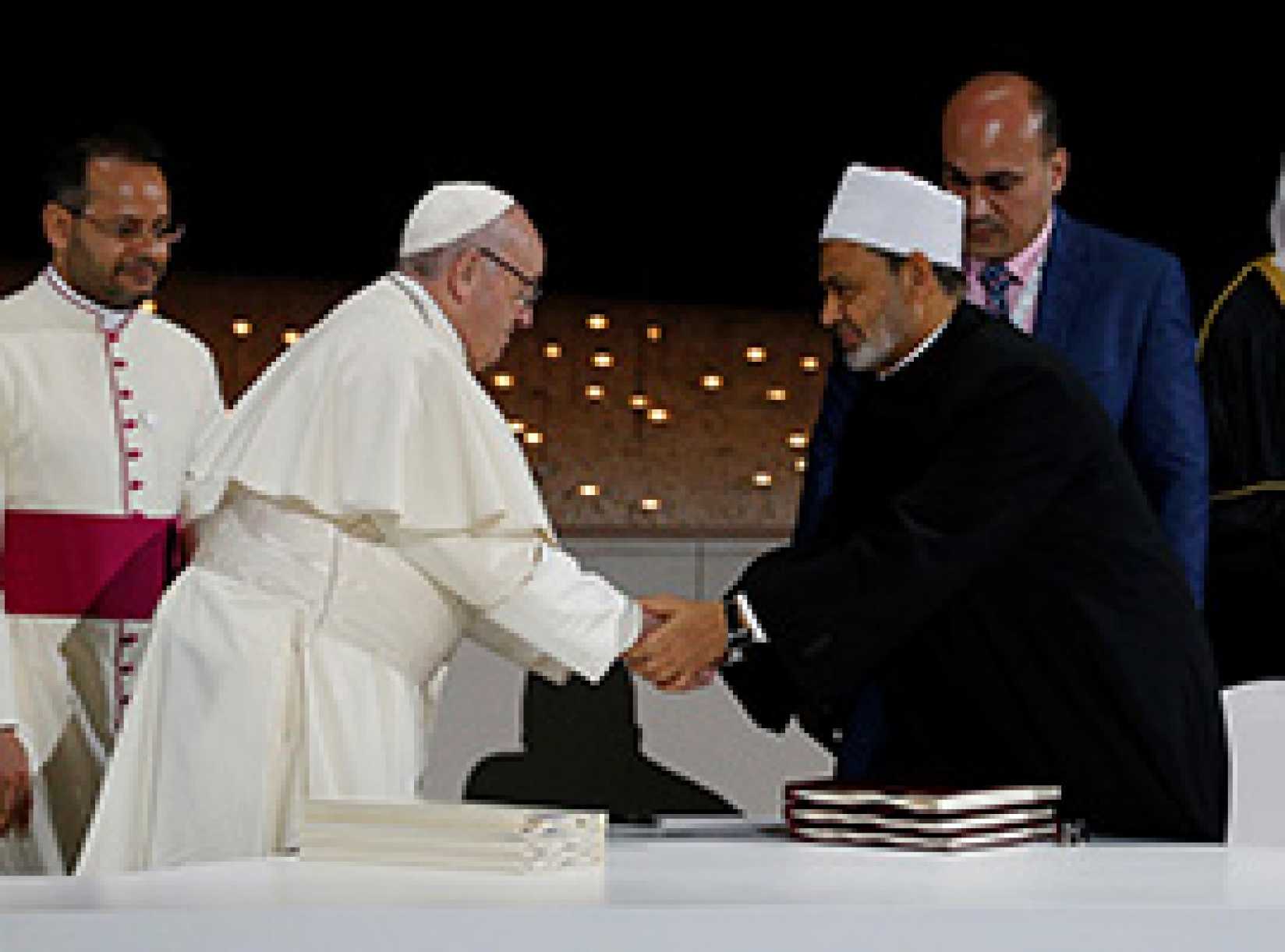 SEIA Co-Sponsors Event with the Catholic University of America: The Sultan and the Saint

On Nov. 7th, the SEIA, along with the Catholic University of America’s (CUA) School of Theology and Religious Studies, the Institute for Interreligious Study and Dialogue, the Franciscan Monastery of the Holy Land in America, and the Civilizations Exchange and Cooperation Foundation, hosted an interreligious gathering at CUA to commemorate the 800th anniversary of the encounter between St. Francis of Assisi and the Sultan, al-Malik al-Kamil at Damietta, Egypt.

The event began with remarks from university president, Dr. John Garvey, who referred to the encounter as an “extraordinary peaceful encounter set against a backdrop of violence,” during the violent siege of Damietta in the midst of the Fifth Crusade in 1219. At the heart of this encounter, Dr. Garvey reminded the audience, “St. Francis demonstrated to us how to encounter the other…by showing us how to love the other.”

Following Dr. Garvey’s opening, a historical review of the meeting was provided by scholars Dr. Lev Weitz and Michael Calabria, O.F.M. In Dr. Weitz’ presentation, attention was given to the complex though evident collaboration on social, economic and cultural matters across centuries leading up to the period of the Crusades and even during them. He demonstrated that despite occasions of obvious hostility between Christians and Muslims, the historical record demonstrates that they largely cooperated with one another and lived in relative harmony – a reality that made possible the peaceful and even profitable encounter between the Saint and the Sultan. In Dr. Calabria’s address, a reflection on the encounter, with close attention to the surviving historical narratives, was provided. His emphasis was to bring attention to the evident bias in, especially, Christian sources of the encounter, which served primarily to create a largely false narrative that endures to this day—a narrative in which the Sultan al-Malik is often perceived in a negative light, while the hagiography around Francis would distort the effect he was to have on the Sultan and his camp. The truth, he averred, is otherwise and the record makes plain that, for Dr. Calabria, al-Malik was a leader of high culture and education who welcomed Francis into his camp and likely listened with curiosity to what Francis had to say while, de facto, embracing dialogue regarding the rudimentary teachings of Christian faith in relation to the teachings of Islam.

Following the morning session, the keynote addresses were delivered by the Custos of the Holy Land, Br. Francesco Patton, the Apostolic Nuncio to the United States, Archbishop Christophe Pierre, and Imam Mohamad Bashar Arafat, president of the Civilizations Exchange and Cooperation Foundation. In his address, Br. Francesco Patton recalled personal experiences of living in the Holy Land with Christians and Muslims and, reflecting on the encounter between St. Francis and the Sultan, spoke to the enduring importance especially today of such a willingness to embrace dialogue despite the potential dangers and disappointments, saying, “Only genuine encounters (such as that between the saint and the sultan) and dialogue can be of benefit in the long term.” Archbishop Pierre’s address focused on the relationship between the historical encounter of the Sultan and the Saint and the recent encounter with Pope Francis and the Grand Imam of Al-Azhar, Ahmad al-Tayyib in Morocco, from which was published the joint document “Human Fraternity for World Peace and Living Together.” The session concluded with a reflection from Imam Mohamad Bashar Arafat on the historic encounter in which he opined that event is a “mission for us to follow, a story of reaching out to ‘the other’ for the sake of peace, reconciliation, and harmony.” He continued, “This will not happen unless we have deep faith in the Almighty and are willing to leave and forsake your (sic) comfort zone to accept the challenges that are presented to us in life.”

The conference concluded with a roundtable discussion featuring personal anecdotes by Christian and Muslim leaders from the D.C. area with experience in interfaith dialogue. Following the roundtable, attendees were encouraged to move into small groups and to participate in a guided discussion on interreligious dialogue, especially between Muslims and Christians.

The day concluded with Muslim and Christian prayer and a banquet for attendees.