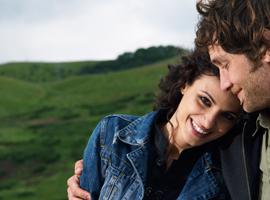 The birth control pill has been called the invention that “defined the 20th century.”1 The pill and its cousins radically transformed American culture—fundamentally altering attitudes, values, beliefs, relationships and behaviors, and leading to a substantial increase in casual sexual activity outside marriage.

Many believed that hormonal birth control would give women greater control over their lives, allowing them to pursue educational and career goals free from dependence on men and from the supposed burden of bearing and raising unplanned children. It would improve women’s health by helping them space and limit their children. It was their ticket out of poverty through the full-time employment made possible by “controlling” fertility. Finally, by reducing unintended pregnancy, the pill would eliminate the “need” for abortion.

Yet a wealth of research amassed by social scientists, doctors, economists and cultural commentators shows that the pill and other hormonal contraceptives have not delivered on these promises. Instead, contraception has harmed women, children and society.

In a nutshell, by fostering the sexual revolution, contraceptive use made casual sex normative, leading to an epidemic of sexually-transmitted diseases (STDs) and to far more unintended pregnancies. These in turn led to a huge increase in abortions as well as single parenting. Men began to view a lifelong commitment to marriage and children as less necessary or desirable. Cohabitation replaced marriage for many. And women have been the primary casualties.

It’s bad enough that hormonal contraceptives offer zero protection against today’s epidemic of 25 sexually-transmitted diseases (STDs). In recent years, numerous studies have even concluded that artificial hormones in some contraceptives can double the risk of acquiring an STD.5 In response experts now suggest using a condom along with the pill. But they fail to mention that condoms offer very little protection against viral STDs—genital herpes and human papilloma virus (HPV), for example, that are also spread by skin contact—and they offer imperfect protection against other STDs. In any case, the much more common phenomenon is that women who begin using the pill due to alleged lower “contraceptive failure” rates stop taking steps to avoid these diseases.

Seventy million Americans are infected with one or more STDs, and 19 million new cases occur every year.6 Young women are biologically more susceptible to acquiring an STD than men are. The harm caused by STDs is not only physical and economic: STDs can destroy relationships, even marriages, due to a sense of betrayal, anger and depression.7

Why would STDs and unintended pregnancies rise exponentially when contraceptive use becomes widespread? First, contraceptives are far less effective in “actual use” than is thought: 54% of women seeking abortions state they were using contraception in the month they became pregnant.8 And contraceptive failure rates are far higher among single teens than among married adults over 30 (who are both less fertile and more responsible).9 Of low-income, cohabitating teens, nearly 50% of those using the pill will become pregnant within 12 months, as will nearly 3 in 4 condom users.10

Researchers have compared early sexual initiation and contraceptive use, birthrates, abortions and “shotgun weddings” between 1965 and 1989. They found that in earlier times, most women refused to engage in sexual activity except with a man who promised to marry her in the event of pregnancy (and presumably a man she would want to marry). Due to contraception and abortion, however, many more women felt it was safe to engage in casual sex. But when a woman became pregnant, her casual partner was likely to view contraceptive failure as entirely her fault—bolstered by the Supreme Court’s view that the “right” to abort was hers alone. She won the right to keep or kill her child; he won the right to decide among marriage, child support payments or encouraging abortion. As a result, 41% of births in the U.S. are nonmarital (up sharply from 17% three decades ago).11

Abortion and its Aftermath

About 10% of women face immediate health complications after abortion, such as infection, hemorrhage, torn or perforated uterus, and complications of anesthesia.14

Up to 60% of women who’ve had abortions experience mild to severe mental health problems. A 2011 study published in the British Journal of Psychiatry looked at 22 studies published since 1995, involving over 800,000 women, and found as follows: Women who have had an abortion have an 81% higher risk of subsequent mental health problems compared to those who have not. They have a 138% higher risk of mental health problems compared to women who have given birth. They have higher rates of anxiety (34% higher), depression (37%), alcohol use/misuse (110%), marijuana use (230%) and suicidal behaviors (155%), compared to those who have not had an abortion.15 Compared to pregnant women who gave birth, those who aborted were six times more likely to commit suicide.16

Relationship with Men, Cohabitation and Marriage

The contraceptive mentality encourages self-centeredness rather than self-control, commitment and sacrifice for another. The latter qualities are necessary for a successful marriage, which remains the “most basic and universal of human institutions,”17 and the place where love and lives can flourish. Even today, young adults see getting married as “a top priority.”18 But the conduct they are encouraged to engage in undermines this goal.

The proportion of married adults has fallen from over 72% in 1960 to only 52% in 2009.19 Hesitancy to commit to marriage partly explains the extraordinary rise in cohabitation. By their late 30s, 61% of women will have cohabited.20

Cohabiting and single-parent families are three times more likely to be low-income than married-couple families.21 Compared to marriage, cohabitation is associated with higher risks of physical, emotional and mental abuse, greater dissatisfaction with life, higher rates of depression, distancing from families and declining religious practice.22

Raising Children as a Single or Cohabiting Parent

While many never-married, widowed or divorced moms and dads do a superb job of raising children, they do so under extremely difficult circumstances. Recent research shows that children in cohabiting households and single-parent households do much worse than children in married families in various social, educational and psychological outcomes, such as higher rates of failure in school, behavioral problems and drug use.24

In contrast to the discouraging trends noted above, teenagers are now making a remarkable turnaround. Greater numbers of teens are remaining abstinent. Between 1998 and 2008, the percentage of girls 15-19 who ever had sex fell more than 17% (to 42%) and the percentage of boys 15-19 dropped more than 28%.25 This contributed to a decline in pregnancy rates between 2000 and 2008. In 2010 teen birth rates fell to the lowest level ever reported in the seven decades,26 and teen abortion rates have dropped significantly as well. Having parents with strong religious beliefs, and family attendance and participation in religious activities, can greatly increase the likelihood of teen abstinence.27

A recent evaluation of 22 successful “Sexual Risk Avoidance” programs offers hope that the risk avoidance approach (rather than encouraging risk reduction through contraceptive use) will work—as it has in campaigns to avoid other risky behaviors in teens, such as tobacco and alcohol use and reckless driving.28

The path to better outcomes for women, children and society is clear: Resolve to finish school and save sex for marriage. The well-being of women depends on creating a nurturing culture—one in which women are respected for their unique contributions, rather than exploited by a contraceptive mentality that exposes them to great risk and unhappiness. Even measured by the standard of happiness in this lifetime, faith and the evidence before our eyes all point in the same direction: The Church’s teachings against contraception and extramarital sexual activity are offered to protect the well-being of all, and the Church’s sacraments provide the grace needed to live according to these teachings.