"But racism still profoundly affects our culture, and it has no place in the Christian heart. This evil causes great harm to its victims, and it corrupts the souls of those who harbor racist or prejudicial thoughts. The persistence of the evil of racism is why we are writing this letter now." 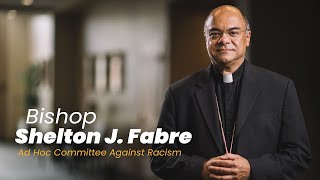 Bishop Shelton Fabre on the Death of George Floyd

Bishop Shelton J. Fabre of Houma-Thibodaux, chairman of the Ad Hoc Committee Against Racism, on the Death of George Floyd and the protests which have broken out in Minneapolis and in other cities in the United States.

Letter to Congress Regarding Voting Rights I June 24, 2021

In Wake of Kenosha Violence, U.S. Bishops’ Chairman for Committee Against Racism Urges Day of Prayer and Fasting
In the wake of the violence in Kenosha, Bishop Shelton J. Fabre of Houma-Thibodaux, chairman of the U.S. Conference of Catholic Bishops’ (USCCB) Ad Hoc Committee Against Racism offered a reflection ahead of the 57th anniversary of the 1963 March on Washington where Reverend Dr. Martin Luther King, Jr. delivered his “I Have A Dream” speech.

57th Anniversary of the March on Washington and Rev. Dr. Martin Luther King Jr’s famous “I Have A Dream Speech”
On August 28, 2020, at 4:00 PM EDT at Washington D.C.’s Cathedral of St. Matthew the Apostle, Archbishop Wilton D. Gregory, Archbishop of Washington, will be principal celebrant for a Mass to mark this anniversary. Auxiliary Bishops Mario Dorsonville, Roy Campbell, and Michael Fisher will serve as concelebrants. This Mass will be live-streamed on YouTube. The Mass will also be shared on the Archdiocese of Washington’s Facebook and Twitter pages.

Statement of U.S. Bishop Chairmen in Wake of Death of George Floyd and National Protests
WASHINGTON – Seven U.S. bishop chairmen of committees within the U.S. Conference of Catholic Bishops have issued a statement in the wake of the death of Mr. George Floyd and the protests which have broken out in Minneapolis and in other cities in the United States.

In Wake of Horrific, Hate-Filled Violence in El Paso, USCCB Migration Chairman, Domestic Social Development Chairman, and Chairman of the ad hoc Committee Against Racism Call for Change in Language and Rhetoric of All Americans | August 8, 2019

A Statement of Support for the New Ad Hoc Committee Against Racism from the Executive Committee of the United States Conference of Catholic Bishops | September 12, 2017

USCCB President Calls for Dialogue, Peace in the Midst of Violence | July 18, 2016

Practical Steps for Eradicating Racism: An Invitation - This Guide was prepared to assist Catholics and people of good will in reflecting on the evil and harm of racism. While this is not a comprehensive list, it provides actionable steps that may assist Catholics to reflect and respond in faith.

Stations of the Cross: Overcoming Racism (en Español)
This new Stations of the Cross resource on overcoming racism can help you, your family, or faith community reflect on the pastoral letter against racism, Open Wide Our Hearts: The Enduring Call to Love. A rich Lenten reflection, this prayer resource can help open our hearts to the persistent sin of racism and the call to help overcome it.

The USCCB, the Catholic Mobilizing Network, the National Federation of Catholic Youth Ministry (NFCYM), the United States Catholic Mission Association recently hosted a webinar full of ideas for implementing the call of "Open Wide Our Hearts" in your community.

Check out the educational resources and parish resources that were created to accompany the pastoral letter against racism. 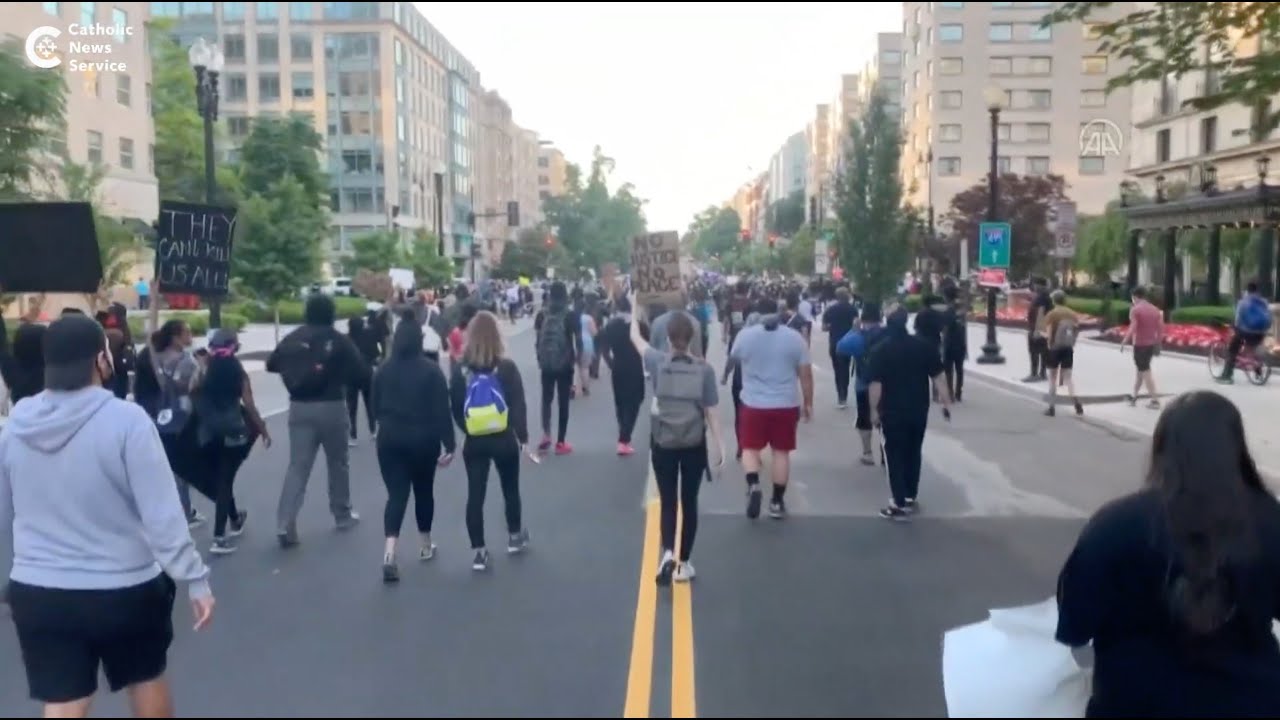 During his general audience June 3, Pope Francis condemned the sin of racism.

Love Thy Neighbor as Thyself: U.S. Catholic Bishops Speak Against Racism - In 2001, several bishops brought together a series of essays on the perspective of the different cultural families and on racism in general. Their insight remains relevant today and still relevant excerpts, collated in 2013, are available.

What We've Seen and Heard: A Pastoral Letter on Evangelization | En Español | Selected quotes
From the Black Bishops of the United States, September 9, 1984