There are 3 million African American Catholics in the United States.

Dioceses with significant number of African Americans include, in descending order, include:

At present there are 7 living African American Bishops, including one Cardinal and one Archbishop. Also, there are 5 retired living bishops.

Currently, two U.S. dioceses are headed by African American bishops, including one archdiocese.

There are 250 African American priests, 437 deacons, and 75 men of African descent in seminary formation for the priesthood in the United States.

There are 400 African American religious sisters and 50 religious brothers.

The African American or Black population in the United States is estimated to be just over 41 million people (12.9% of the total U.S. population and 3% self identify as Hispanic or Latino).

By the year 2050, the African American or Black population is expected to almost double its present size to 62 million, and it will increase its percentage of the population to 16%. 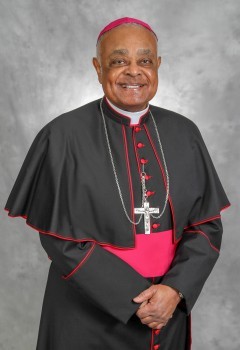 Honorary Degrees
Wilton Gregory holds honorary doctorates from Spring Hill College in Mobile, Xavier University in Cincinnati, McKendree University, Lewis University, Fontbonne University, Catholic Theological Union in Chicago, and Boston College in 2018.  He was awarded The Great Preacher Award from the Aquinas Institute of Theology in 2002.  In 2006 he was inducted into the Martin Luther King, Jr. Board of Preachers at Morehouse College.

Biography
Wilton Gregory was born on Dec. 7, 1947 in Chicago, IL. He was ordained a priest of the Archdiocese of Chicago on May 9, 1973.  On Dec. 13, 1983 he was consecrated an auxiliary bishop of the Archdiocese of Chicago. He was appointed bishop of Belleville in 1993. He served as president of the United States Conference of Catholic Bishops from 2001-2004. In 2004 he was appointed archbishop of Atlanta. Since 2019 he has been archbishop of Washington, DC. In 2020 Pope Francis elevated Wilton Gregory to the rank of cardinal. 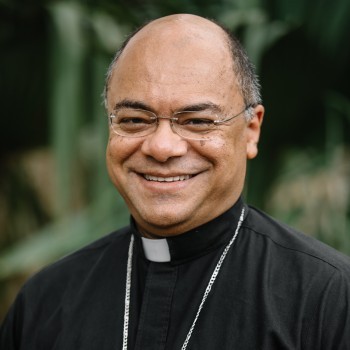