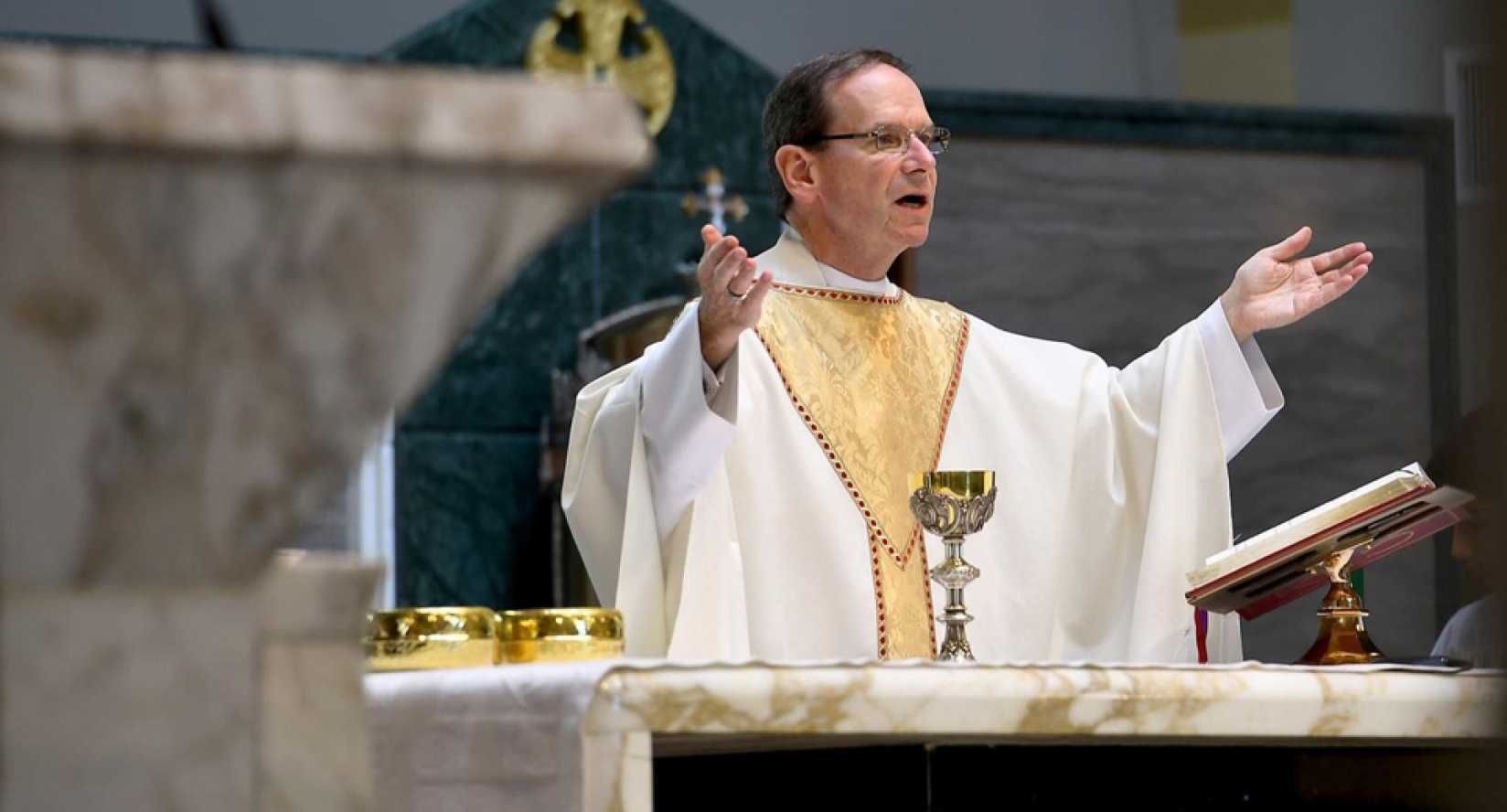 Listing of All Dioceses by State

See the All Dioceses page for a full list of Dioceses & Bishops.

Episcopal Regions, Archdioceses, and Dioceses in the U.S.

In the United States, there are 194 archdioceses/dioceses, the Archdiocese for the Military Services, USA, and the Personal Ordinariate of the Chair of St. Peter.

Eastern Catholic Churches are churches with origins in Eastern Europe, Asia and Africa that have their own distinctive liturgical, legal and organizational systems and are identified by the national or ethnic character of their region of origin. Each is considered fully equal to the Latin tradition within the Church in the United States. The curial offices and chanceries of Eastern Catholic Eparchies and Archeparchies are based in a certain city.  However, the Eparchies and Archeparchies have jurisdiction over large swaths of the United States (and Canada) based on the breadth of each individual Church.

The Archdiocese for the Military Services, USA provides pastoral care and spiritual services to those serving in the armed forces of the United States, Department of Veterans Affairs facilities, and the dependents of those retired or on active duty.  On July 21, 1986 Pope John Paul II reorganized the military vicariate as an archdiocese with its own archbishop and relocated the see to the District of Columbia. The AMS oversees Catholic priests serving as chaplains and has no defined territory. Its jurisdiction extends to wherever American uniformed military members serve including all U.S. Government property, military installations, embassies, and other diplomatic missions.

The Personal Ordinariate of the Chair of Saint Peter was established January 1, 2012, to serve former Anglican groups and clergy in the United States who sought to become Catholic. Similar to a diocese though national in scope, the ordinariate is based in Houston, Texas and includes parishes and communities across the United States that are fully Catholic, while retaining elements of their Anglican heritage and traditions.

The Archdioceses and Dioceses of the United States are divided into 14 geographic regions with the Eastern Catholic Churches constituting their own membership region for the purposes of USCCB proceedings.
These regions typically include two or more Metropolitan Archdioceses (*) and several Dioceses across one or more States.

(Arch)Dioceses become vacant when the Ordinary Bishop resigns, passes away, or is transferred to another See.

These Dioceses are overseen by an Administrator who is a priest or bishop at least 35 years old and chosen by the College of Consultors of the (Arch)Diocese within a period of 8 days following the See becoming vacant.

The Pope may also appoint an Apostolic Administrator (typically the Metropolitan Archbishop, local retired Bishop, or suffragan Bishop) upon the Ordinary Bishop's death, transfer, or acceptance of resignation.

There are currently 3 Vacant (Arch)Dioceses in the United States:

There are 15 U.S. Cardinals
(American-born, were ordained, or have served in the United States)

3 U.S. Cardinals Currently Serve in a Another Capacity

Retired Bishops:
(in accordance with Canon Law, all Bishops are required to submit their resignation upon reaching retirement age of 75.  However, the Pope can accept a Bishop's resignation at any point regardless of age)

Find a Diocese or Bishop

Use the Diocesan Locator to find a bishop or diocese by zip code or state.