Today, racism continues to exist in our communities and in our parishes. Racism is what makes us see the "other" with suspicion or to attribute negative characteristics to an entire group of people. This evil manifests itself in our individual thoughts, and also in the workings of our society itself. Today's continuing inequalities in education, housing, employment, wealth, and representation in leadership positions are rooted in our country's shameful history of slavery and systemic racism.

What is Systemic Racism?

Discrimination based on race and ethnicity takes many forms. The United States has made progress in eliminating some of the institutional, legalized racial discrimination of years past such as slavery, Jim Crow laws, “separate but equal” schools, and prohibitions on voting or owning land.

These hard-fought victories deserve to be remembered and celebrated.

Still, these advances are incomplete. Data on social and economic welfare show disparities between many persons of color and their white counterparts.

Racism’s Impact in our Communities

America remains a deeply divided place in many ways. Many Americans of all racial and ethnic backgrounds live in neighborhoods that are homogenous. This often limits the opportunity to learn from, interact with, and befriend people who are racially and ethnically different. Yet, having experiences living near those with different experiences and backgrounds can strengthen communities and the Body of Christ.

Many people of color living in low-income areas experience low or no upward economic mobility due to limited access to quality schools, safe neighborhoods, reliable transportation, or higher-paying jobs. Laws and practices in more affluent communities, such as refusing rent assistance vouchers, can prevent low income persons from moving into these communities. As a result, dialogue and encounter with others with diverse backgrounds, experiences, and opinions can be limited or non-existent. In Evangelii Gaudium (no. 59), Pope Francis noted that exclusion and inequality create the climate for discord. Recent violence in communities across the country and the hurtful rhetoric that mark conversations about refugees and migrants indicate that there is still much work to do.

“Racism can only end if we contend with the policies and institutional barriers that perpetuate and preserve the inequality—economic and social—that we still see all around us. With renewed vigor, we call on members of the Body of Christ to join others in advocating and promoting policies at all levels that will combat racism and its effects in our civic and social institutions.”

As Christians, we are constantly called to examine our own hearts and consciences for how we might contribute to or break down racial divisions, intolerance, and discrimination. The failure to act to end systemic racism hurts those who are victimized and denies all of us the opportunity to benefit from the gifts of diversity.

This handout is excerpted from the Creating on the Margins Contest Packet.
Visit usccb.org/youthcontest or usccb.org/concurso-juvenil to learn more about Creating on the Margins, a contest for youth in grades 7-12 that educates youth about poverty in the U.S. and our Catholic response. The 2018-2019 theme is “A Time to Heal Racism.” The contest is sponsored by the Catholic Campaign for Human Development.

Seeking to teach about and to witness to the intrinsic dignity of the human person as an antidote to the grave sin of racism.

In the November 2018 Pastoral Letter Against racism, Open Wide Our Hearts, the Catholic bishops of the United States urge all Catholics to acknowledge “the scourge of racism” that still exists in our hearts, words, actions, and institutions. Racism can be individual, when persons fail to recognize certain groups as created in the image of God and equal in dignity, or it can be systemic, where practices or policies treat certain groups of people unjustly. One area of systemic racism is unequal access to decent housing.

Decent housing is a basic human right—deserved by all due to their dignity as being created in God’s image. Without decent, safe, and affordable housing, all aspects of family life suffer, and a life of dignity is impossible. Yet an affordable housing crisis is a current reality in the U.S. and, for minorities, it has been a reality throughout the nation’s history.

After the Civil War, the great majority of freed slaves lived in the South, often in dilapidated shacks. Such housing was provided by white land owners to Black sharecroppers who would work for free for the housing and a small portion of the crops. The workers did not own these dwellings and could be evicted from them at any time. With the Great Migration north in the beginning of the 20th century to seek employment and better lives, African Americans were crowded into low-income housing in cities like Chicago and Detroit in areas that increasingly became segregated. 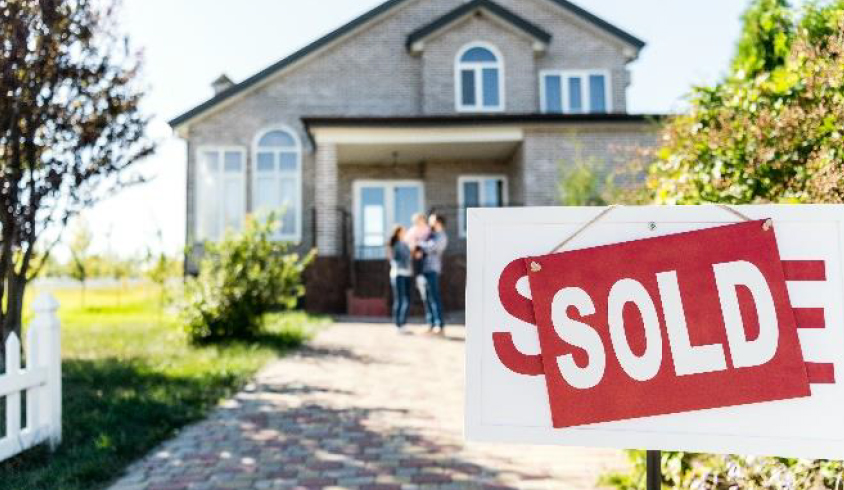 Later in the twentieth century, African Americans seeking housing were faced with both private and governmental prejudice. Private homeowners, real estate agents, and private developers (such as the founder of Levittown) could, and would, refuse to sell to Black citizens, so they were confined to segregated areas. The U.S. Federal Housing Administration policies and programs in the 1930s-1950s used strategies to deny mortgages, home loans, and home ownership to Blacks. For example, the practice of redlining—actually drawing red lines on maps around predominately African American neighborhoods to indicate where banks could not get federal insurance for loans they made—ensured that banks denied all mortgage requests from people in these areas. African American WWII veterans were denied access to the low-rate mortgages available to white veterans under the GI Bill.

"While it is true that individuals and families have thrived, significant numbers of African Americans ar e born into economic and social disparity. The poverty experienced by many of these comm unities, which has its roots in racist policies that continue to impede the ability of people to find affordable housing, meaningful work, adequate education, and social mobility."

The U.S. Government also built segregated public housing (as a part of the New Deal in the 1930s), first for low-income whites, then for low-income Blacks. With the housing boom after WWII, whites could leave public housing and buy low and moderate-priced houses in the growing suburbs with new means of financing: both the new suburbs and new forms of mortgages were closed off for African-Americans. They were often trapped in decaying older housing stock in certain urban areas or in the blocks of public housing, poorly designed and poorly maintained by the Federal government. 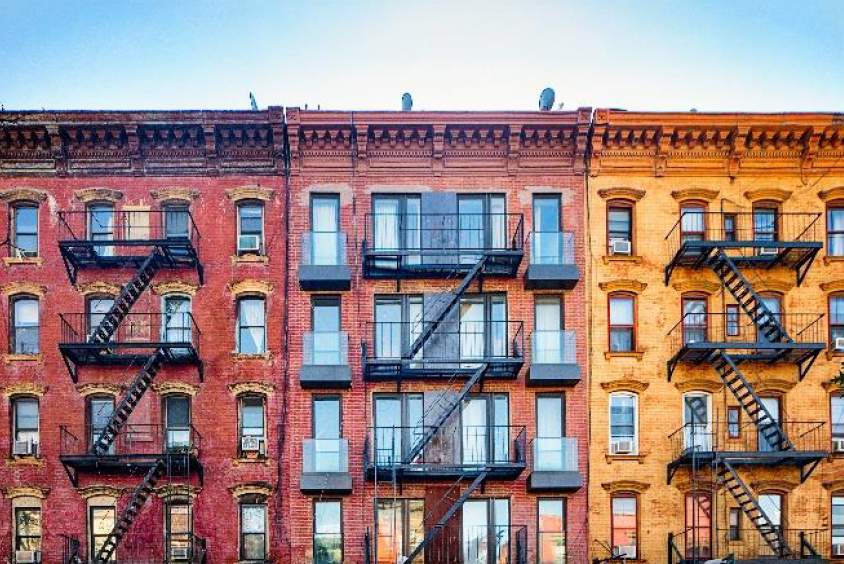 The Fair Housing Act of 1968 required the U.S. Department of Housing and Urban Development to take “affirmative” steps to end housing discrimination and promote integration. But, after five decades, the federal housing discrimination ban has failed to end segregation and provide equal access to housing opportunities for all, particularly African Americans. Today, many Latinos also face limited opportunities for decent housing; Native Americans on reservations continue to live in substandard housing. The plight of homelessness continues to be a major social problem, especially for minorities, who are a population more vulnerable to eviction. The American Dream of owning decent homes to raise families in safety and dignity still remains a distant dream for many in this country.

“Lord our God, you created the human being, man and woman, in your image and likeness, and you willed the diversity of peoples within the unity of the human family. At times, however, the equality of your sons and daughters has not been acknowledged, and Christians have been guilty of attitudes of rejection and exclusion, consenting to acts of discrimination on the basis of racial and ethnic difference. Forgive us and grant us the grace to heal the wounds still present in your community on account of sin, so that we will all feel ourselves to be your sons and daughters.” (Universal Prayer on Day of Pardon)