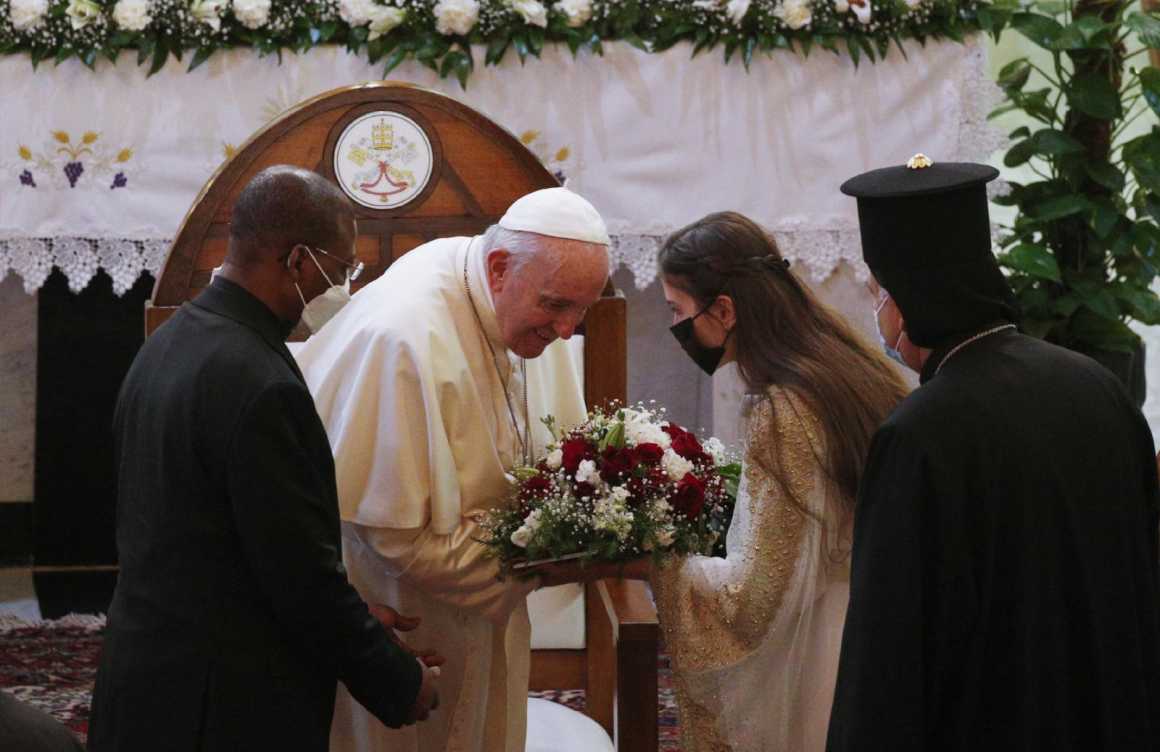 Let us respect creation, let us not be instruments of destruction! Let us respect each human being. May there be an end to armed conflicts which cover the earth with blood; may the clash of arms be silenced; and everywhere may hatred yield to love, injury to pardon, and discord to unity. Let us listen to the cry of all those who are weeping, who are suffering and who are dying because of violence, terrorism or war, in the Holy Land, so dear to Saint Francis, in Syria, throughout the Middle East and everywhere in the world.

Advocacy for Justice and Peace in Iraq

USCCB and Knights of Columbus Letter of Solidarity to the Patriarchs in Iraq and Lebanon
Archbishop Timothy P. Broglio and Mr. Carl A. Anderson, November 13, 2019

Letter to Senators Corker and Cardin in Support of the Iraq and Syria Genocide Emergency Relief and Accountability Act
Bishop Oscar Cantú, June 9, 2017

Letter to Congress Regarding Genocide Resolution and Assistance for Survivors of Genocide
Bishop Oscar Cantú, September 21, 2016

Letter to Secretary of State on Peace Regarding Continued Work for Peace in the Middle East
Bishop Oscar Cantú, January 20, 2016

Background on Syria and Iraq
January 2016

Letter to the House of Representatives in Support of the Frank Wolf International Religious Freedom Act of 2015
Bishop Oscar Cantú, April 10, 2015

Backgrounder on Human Rights in the Cradle of Christianity
February 2015

Press Release: USCCB President, Archbishop Kurtz, calls for a special collection for victims of  violence in the Middle East │Español

Questions and Answers on the War in Iraq │Also available as a Study Guide/Bulletin Insert
Bishop Thomas G. Wenski, November 2007

Statement on the Attack on the Golden Mosque in Samarra
Bishop Thomas G. Wenski, February 24, 2006

Statements from Church Leaders on Iraq
2003

Letter to Secretary Albright Urges Means Other than War to Contain Iraq
February 10, 1998